The Galveston Children's Home was founded on October 20, 1878, by Galveston journalist George B. Dealey, who, with Mrs. E. M. Arnold, who served as first director, established the institution in a rented house as the Island City Protestant Orphans Asylum.

In 1879, with forty children in residence, the home was turned over by Dealey to a board of directors made up of representative Galveston citizens, with Judge Charles L. Cleveland as chairman of the board. After this it was known as the Island City Protestant-Israelite Orphans Home.

The Galveston hurricane of 1900 did considerable damage to the structure and, though none were injured, the children were subsequently moved to another location.  On October 15, 1900, William Randolph Hearst of the New York Journal hosted a charity bazaar at the Waldorf-Astoria Hotel in New York City to benefit the orphans of Galveston, and on January 10, 1901, it was resolved that the institution be renamed the Galveston Orphans' Home

In 1985 the Children’s Home closed and the building was sold and renovated into a single family primary residence by the current owner.

This fabulous building is on the market again and waiting for some new owner to re-open its majestic doors of beauty. The more than 15,000 square feet would allow for a wonderful Bed & Breakfast, or exquisite Spa Retreat for weary souls. The grand staircase and original hardwoods are fabulous.  It has 5 bedrooms and 7 baths. The property is zoned both commercial and / or residential.  The inner city lot sitting on a quiet Galveston street is over 1 acre and surrounded by large old oaks.   The list price on this phenomenal property is $1.9 million and a true bargain.

For more information on this truely unique property, please contact me  Deb@DebJamail.com or (832) 671-0998 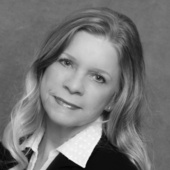