Today I dropped off two winter coats and a fleecy to a local charity.  It is my hope that someone can use these items as we have had a spell of cold weather lately.   I usually go through my closets about three times a year and come away with garbage bags full of slightly used clothing that was either too small or to big or not quite right.  I always give it to charity except for this last summer.  No one would accept, could accept more clothes.  No one had the room.  There was too many donations of clothing!

So this brought up some smoulding thoughts.  For quite a while I had been dismayed at my apparent lack of smart purchasing ability.  I thought that I did not buy well.  That is to say, I bought things because I wanted them, not because I needed them.  I did not put much thought into what I bought or why.  I bought simply becuase it was there, I had the money and hey, why not?  As a result, my closet and basement became full of once or twice worn objects.  I had plenty of clothes, shoes, jackets etc.  I have all the goodies, IPOD, a flat screen TV, a convertible, a nice home, plenty of everything that I don't need nor even remember that I have.  Why?  Is it because I am inundated with commercials telling me that I need something I don't?

But apparently, it is not just me.  It seems that many people are consumed by the idea that new is better and that more choice is better.  And so, they, just like me, buy just to buy.  This keeps the closets full but in many ways is just a waste of space (at least for me).  I cannot wear more that one pair of pants, one shirt and one jacket at a time.  And in many cases, all the extra choices in the closet are the result of bad buying decisions and not because that extra shirt is one that I would ever actuallu wear more that twice a year.  NOw if I am not the only one, if there are lots of people out there like me, then no wonder the charities are full beyond capacity.

So,  starting now, I am not buying anything unless I need it.  I intend on not having a stuffed closet full of 10 pairs of jeans (most of which I won't wear).  I will try to have only one good winter jacket and not 5 of them.  My boots should be sufficient if they still have great tread and do not have any holes.  In short I intend on downsizing my wardrobe into stuff that I actually wear and like to wear.

Hopefully this will alleviate the overstuffed charities and ultimately the landfills, just a small bit, and instead of making them my accomplice at collecting and distributing clothes that I never did need,  I can instead take the money saved and give it directly to charity and keep my clothes closet tidy.  Its a small step but one that I should be grateful to make. 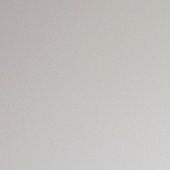 about 11 years ago
bookmark_borderbookmark
See your broker, bank or financier before you cont...
View more Recent Posts   arrow_forwards