Every year City of Tallahassee has a winter festival which is a celebration of lights, music, & arts. It has been honored by the Southeast Tourism Society as one of the top 20 events in the southeastern region of the U.S. every year! The celebration is a three week period of different events and the climax was on December 1st. There were several art competitions leading up to the the big event. On December 1st there was arts and crafts, people selling delicious food, five stages of entertainment, tons of lights, holiday illumination displays, a jingle bell run, and the big event which was the parade! The parade was amazing! It was over two hours of people giving out candy and beautiful floats with Santa and Mrs. Clause as the finale. The energy during the parade was electric. Everyone was waving at the people on the floats. Smiles on faces as far as the eye can see. I felt like a child again for those few hours. Sheer happiness!

The rest of the event went on till 10pm. I walked through the parks and saw the amazing light display on the willow trees! They also had art displayed from students from all over Tallahassee! The stages of entertainment had everything from belly-dancing to school choruses.

The event was a huge success with thousands in attendance! I look forward to doing it all over again next year! I love Tallahassee!

Welcome to Active Rain. Congratulations on posting your first blog.

Welcome to Active Rain! The opportunities to learn and network are incredible here. Best of luck to ya! 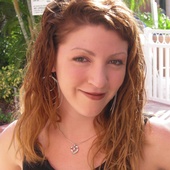 ActiveRain Community over 13 years ago
bookmark_borderbookmark
Call Nail It Carpentry For All of Your Repair & Re...
View more Recent Posts   arrow_forwards