Like:
Home > Blogs > Eric Brogna > Eric Brogna's (ericbrogna) Blog
WASHINGTON (July 11, 2006) - Home sales are projected to ease modestly but should stay within a relatively narrow range over the balance of the year, according to the National Association of Realtors.

David Lereah, NAR's chief economist, said the market is showing signs of stabilizing. "The major housing indicators have been moving up and down within a reasonable range, which means the market should even-out just below present levels," he said. "At the same time, housing inventory levels are balanced in much of the country, so overall price appreciation will be at a normal rate. We should see home sales rise and fall month to month, but don't look for any big shifts one way or the other."

"The uptick in interest rates has been slowing home sales," Lereah said. "We remain concerned about the potential impact of higher interest rates in some of the more expensive areas of the country."

NAR President Thomas M. Stevens from Vienna, Va., said consumers who have been on the sidelines should feel more confident about the market normalization. "When it comes to big ticket purchases, buyers are more comfortable in a stabilizing environment," said Stevens, senior vice president of NRT Inc. "At the same time, home sellers in most areas understand that the period of abnormal price growth is over, and they have become more realistic about the current market. This is helping to ease the pressure on home prices in some areas."

The national median existing-home price for all housing types is expected to rise 5.3 percent to $231,300 in 2006. With more construction in lower cost regions as well as price incentives that are helping to clear unsold inventory, the median new-home price should increase 1.0 percent this year to $243,300.

The unemployment rate is projected to average 4.7 percent in 2006, while inflation, as measured by the Consumer Price Index, is forecast at 3.4 percent. Growth in the U.S. gross domestic product is expected to be 3.4 percent this year, and inflation-adjusted disposable personal income is likely to grow 3.1 percent.

The National Association of Realtors®, "The Voice for Real Estate," is America's largest trade association, representing more than 1.3 million members involved in all aspects of the residential and commercial real estate industries.
LIKE
close

Gosh, if you didn't know better you would think you and the guy below both just copied and pasted this same, identical (word for word) information.

Isn't that what that little copyright violation button that pops up when you post something is supposed to remind you not to do??

Broker Bryant and The Lovely Wife (pretend we are singing it works better like that) ROAR!

Good Information. If there is anyway Credit Restoration Consultants can assist you with any of your credit challenged clients. Feel free to call CRC at any time.

Aug 08, 2008 07:32 AM
LIKE
#5
Show All Comments
Back to Top
Generate More Leads from this Listing
With a Trulia Pro Account
Learn More
Find what you need?
See More Blog PostsAbout Real Estate! SEE MORE NOW!
Rainer
5,499 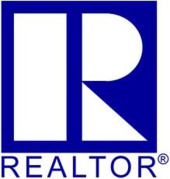