"Millionaire Warren Buffett said Monday that stocks remain relatively cheap compared to other investments as the economy continues to improve." Houses are another attractive investment at current prices, Buffett said. He added he might buy a couple hundred thousand homes if only he could figure out a way to manage them effectively. He said he isn't very handy.

Buffett conceded in his letter released Saturday that he was dead wrong to predict the housing market would recover by now. He said Monday that he believes conditions will improve in 2012. 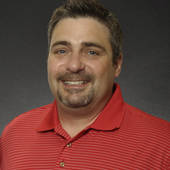