Pending Sales are up in Jan. 2012, according to the newly released report by NAR (National Association of Realtors). It is the highest it has been since April 2010, which was when the First Time Homebuyer Tax Credit was still in place. So overall, the Pending Home Sales are up 7.2%.  Keep in mind that pending is just that......they are not yet closed deals, but many of them will be.  That will help increase our Existing Home Sales statistics very soon.

The report also states that inventory is on it's way up.  Thank goodness for that.  There just doesn't seem like there is enough out there anymore, at least in the Denver area anyway, from which to choose for potential buyers.

I think this is a positive sign for the real estate market.

Karen and Rhonda - It's good news that real estate pending home sales are up.  Hopefully the national market will keep this trend going through out 2012!

Hi Karen and Rhonda, It is great news that pending sales are up!  Hopefully, these pending sales will become closed transactions.  Enjoy your day!

Karen - The Northern Virginia market is part of that increase for the Southern portion of the US.  We are experiencing a shortage of quality listings across most price points and as soon as a good listing comes on, there is a good chance of multiple offers. 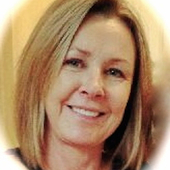