Sales of existing homes in the United States climbed in January to their highest level since May 2010, with sales in the Northeast growing as well, according to the National Association of Realtors.

Existing-home sales rose 4.3 percent, to an annual rate of 4.57 million, in January, up from December's 4.38 million rate, the association said.
"Those numbers are a very positive sign for us here in New Jersey," said Gary Large, president of the New Jersey Association of Realtors.

In the Northeast, existing-home sales were up 3.4 percent, to an annual pace of 600,000 in January and stand at 7.1 percent above January 2011, according to the NAR. The median price in the Northeast was $225,700, 4.2 percent below January 2011 levels.
Large said that historically low interest rates are helping drive sales and cited anecdotal evidence of increased attendance at open houses in New Jersey, which he said was helped by the mild winter weather.
Large said he's hopeful the trend of climbing sales would continue.
"It's hard to predict, obviously, and real estate is very local and varies from town to town," Large said
Total housing inventory fell in January, as well. At the end of the month, 2.31 million existing homes were available for sale, down 0.4 percent from December, the association said in a press release. Existing-home inventory represents a 6.1-month supply at the current rate of sales, down from December's 6.4-month supply.

Hi Shawn,  Our local market is also heating up.  It is our " season " now and lots of buyers appear to be getting serious. 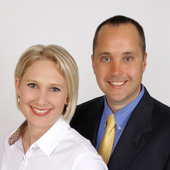 Shawn Fox and the Fox Home Team specialize in Buying and Selling Real Estate in Morris County, NJ and the surrounding area.