Thanks to CREB for the following information.

Sales activity on the rise throughout the Calgary region

Calgary, March 1, 2012 – Sales activity improved across all residential sectors this month compared to a year ago, according to CREB® data released today.  Calgary and area sales growth pushed February total residential activity up by 11.6 per cent compared February 2011, mainly due to increased activity in the surrounding towns.

“City sales were boosted by a lot of activity in the last week of the month,” says Bob Jablonski, CREB® president. “Thispoints towards the improvements that we expect to see in our spring market activity.”

Single family sales and condominium townhouse sales were the bright lights in the city of Calgary, while condo apartments continue to lag in volume of sales. There were 1,284 single-family homes sold in February 2012, a 10.9-per-cent increase over last-year figures, and a 5.6-per-cent year-to-date increase. Condo townhouses gained 11.4 per cent year-over-year in February sales.

“More selection and a wider range of prices have drawn consumers to the condominium townhouse and single family markets,” says Jablonski.  “As is the case with all property types, we saw modest price improvements compared to February last year, but overall levels remain below peak pricing.”

Fewer new city listings are coming to the market, with a year-over-year decline of 10.2 per cent.  Inventories also fell by 8.5 per cent over last year’s figures, with a total inventory of 4,736 for the month.  The opposite is true in the surrounding towns, where listings recorded a year-over-year improvement of 12.1 per cent and no significant change in inventories.

Within the city of Calgary, the decline in new listings, combined with improving sales, contributed to reduced inventory levels, pushing absorption rates for single-family and condominium townhome markets into balanced territory.  However, the condominium apartment inventories rose and sales activity weakened, keeping the market in buyer’s territory.

Pricing showed modest improvement in February 2012 over January, with the single-family MLS® Home Price Index increasing by 1.0 per cent after several months of relatively flat pricing. Single-family prices rose by 3.2 per cent over February 2011.  While prices continue to remain below peak levels, the improvement points to stable price growth.

The apartment index rose by 2.1 per cent over January figures, and increased by 0.7 per cent over last year’s levels. Prices remain well below peak levels, but are trending into positive territory, pointing towards recovery in this market. Overall index levels for townhomes remain similar to levels recorded in January 2012.

“While the apartment market continues to lag the other sectors in the city, the balanced conditions in the total city market point towards stable pricing,” says Jablonski. “There do appear to be some positive headwinds. Following several months of decline, prices appear to have stabilized lately and recorded some modest gains in February,” Jablonski concludes.

Despite the variances in the specific property types, all indicators in the Calgary region continue to point towards stable growth in Calgary’s overall housing sector.

If you would like the full stats package, send me an email at rescalgary@gmail.com. I'll send it to you. 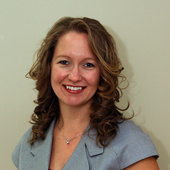