Where Have All the Land Buyers Gone?

It took us several years, but in 2008, my husband and I received subdivision approval on 35 acres in Evergreen, CO.  We literally did most of the work ourselves, hauling slash, building the road, cutting down trees and chipping limbs into mulch.  Our children are still speaking to us, and I've never been so fit.  No one lost an arm or a leg, but the cost of all our work was worth about that much.

We were very excited to sell some land and possibly build our own “dream home” on one of the lots.  We had created a small subdivision just like this 10 years earlier and sold the 4 lots within a year or so, for very little profit.

But, the day after subdivision approval, the media was all a-buzz with the headlines:  “The Great Recession of 2008”.  How unlucky could a couple of moonlighting developers possibly be?  Well, we just found out. (Read:  We have day jobs, thankfully, but it took us longer than expected to complete the project.)

Two of the lots sold within a year or two, but as all those who’ve subdivided land know:  You don’t show a profit until that last lot is sold.  And, unlike a house, you can’t rent it.

So, my question is this:  Where Have All the Land Buyers Gone?

We know there are still people who dream of retiring to Colorado and living in the mountains.  But where are all these folks?  Are they Land Shy? Where are those who search the internet for the perfect piece of the Colorado Rocky Mountains to call home in their retirement years? Has the economy frightened them all away? Well, to all those land buyers who are hiding out, don't be afraid! Eight acres with underground utilities, a security gate, and a paved common road is waiting for you. Just imagine sipping wine on your deck or in a luxurious hot tub overlooking Upper Bear Creek Valley. I mean, come on!  It doesn't get any better than that!

If any of my colleagues have ideas for marketing mid to high-end building lots besides listing on MLS, I’m all ears!

The Million dollar question....wish I knew ...I have several lots i have marketed for 3-4 years....prices are very low but no buyers....we are marketing them as To Be Builts now to generate more activity!!!  I think it is a combo of builders and buyers not being able to get the same type of financing they used to be able to get! 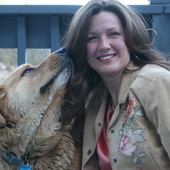