When a Montana Chief US District Judge enters a courtroom, he or she is announced as "The Honorable".  We've had a bummer couple of weeks!

Judge Richard Cebull is now on trial, a trial by those he serves, and those he serves with.  I'm pretty sure he's wishing he never hit the send button now.

I understand how this happened, really I do.  In my part of the country, anti-Obama stuff is all over the internet, facebook and emails.  Strangely, many people who send and post this sort of crap think everyone that see's it feels the same as they do, (hateful, jealous, impudent).  They can't be further from the truth!  Obviously someone who received the now famous email, thought it was crap and exposed it, (thank you whoever did that, it was risky, but your Mother would be proud).

Weakness, that's the root of this email problem.  It is weak to perpetuate garbage like that email.  Yes you are entitled to your own feelings, but if what is in that email is truly in your heart Judge Cebull, I question your judgment.

Do unto others as you would have them do unto you.  It's not that hard.

Show me some strength, it would go a long way in repairing the damage.  Resign.

After resignation, make an effort to teach others about the destructive power of hateful messages.  Teach others, from your heart, how to be a better person and learn from your mistakes.

PS  If you comment in a destructive manner, you're probably weak as well!

Politics is a hard arena to remain impartial in - but I think those in public office have an even greater responsibilty than the rest of us in being thoughtful in our communications.  That being said - I'm glad I don't know all the details your post refers to! 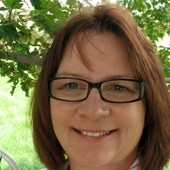 This is where I write updates and information about Montana Living. Sometimes you'll see Real Estate stuff (my business) and sometimes you'll see Montana Local Events, Montanaisms and what I see and do when I travel around our state. You will definitely see stuff about huckleberry picking, a family tradition, and quilting, my personal passion.