Americans' concerns about key economic and housing issues are improving, according to results from Fannie Mae's February 2012 National Housing Survey. Consumers' attitudes have stabilized across most indicators – including personal finances, housing, and employment – demonstrating their sense that downside risks have subsided to some extent compared to late summer and fall of last year.

The survey found that American consumer’s attitudes about Homeownership and Renting are changing. Here were some the key points centered around housing:

Visit www.buywitheric.com to search for homes, get community information, and learn more about Real Estate in La Cresta, Menifee, Murrieta, Temecula, Wildomar, Winchester, CA. I invite you to visit my website and become a Murrieta Market Insider today! 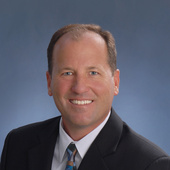