Forget about a room with a view. Today, homeowners want views from every room. As large expanses of glass have become architecturally acceptable for modern and traditional homes, new technology is making living in a fishbowl more practical—albeit sometimes challenging.

Anita and Bob Dethlefs wanted their new Portland, Ore. home they were building to really let the sunshine in. So, the couple installed 2,700 square feet of Marvin windows—about $300,000 worth—on nearly every wall of the property.

And then they put up 12 security cameras.

Their 13,000-square-foot, $5 million Frank Lloyd Wright-inspired home even has a glass front door, letting visitors on the front stoop see through the family’s living room out to Mount Hood.

Homes That Let the Sun Shine In

The Dethlefs’ home has about $300,000 worth of windows to let in as much light as possible and help with the ‘gray sky’ malaise Ms. Dethlefs says she gets living in the Pacific Northwest.

Today, thanks to technological advances, nearly all windows installed in new homes have special, invisible coatings that block heat and keep ultraviolet rays from fading furniture. Many also use double or triple-panes with argon or krypton gas sandwiched in between, which helps insulate in cold climates. Now standard on Andersen Windows glass: a titanium dioxide coating the company says sheds dirt and virtually eliminates water spots. Some glass makers are even marketing windows for residences that can tint and untint with the push of a button.

And for those put off by the prospect of raising and lowering so many blinds, companies such as Lutron Electronics sell window shades that can be controlled with an iPhone app.

Beyond privacy and safety—Ms. Dethlefs’s chief worries—there are maintenance issues, such as how to keep so much glass spotless. (The couple pays $850 to $950 for professional cleaning at least three times a year.) And despite technological improvements, glass still doesn’t typically insulate as well as a wall packed with insulation.

Then there is the bird problem: Anywhere from 100 million to 1 billion are killed in window collisions every year, according to the U.S. Fish and Wildlife Service.

While manufacturers say overall window sales have slowed amid a sluggish new-house market, the companies say they are seeing more and larger windows going into new homes.

In modern homes, “they are filling space between floor and ceiling with as much glass as they can,” says Jay Sandgren, an architectural representative for Andersen. He says builders are being “a lot smarter” about positioning a home and the roof overhang to capture the most sunlight in winter and to block much of the heat from the sun in summer.

Building with glass isn’t cheap. The price is about double the cost of installing regular walls packed with insulation. A 4,800-square-foot home completed last year has $85,000 worth of Andersen glass, giving a 240-degree view of three mountain ranges and the Missouri River. Even the deck railings are glass panels.

Tempered safety glass is installed according to local building codes in areas of homes where breakage might be of particular concern, such as windows and doors close to the floor or near a stairway or landing. Glass can sometimes attract vandals in the construction phase, a headache for builders. But breakage for homeowners is rarely a problem. Builders cautions that people mowing the lawn should look out for rocks that the mower can kick out to crack a pane.

Architect Thomas Roszak took the fishbowl aesthetic to the extreme in his own Northfield, Ill. home, which features commercial curtain-wall glass around the entire building. The walls are constructed from two argon-filled glass panes covered with what’s called low-emissivity, or “low-e,” metallic coating to block heat flow through the window, keeping the home cooler in the summer and warmer in winter.

With little traditional wall space, art is suspended in front of windows from a floor-to-ceiling, museum-type wire hanging system. For privacy, Roszak planted trees around his one-acre property and installed $60,000 worth of electronically operated blinds.

Glass homeowners must be mindful of clutter, since the view goes both ways. When Beata and Brad Peters built their 3,900-square-foot brick home in Hawthorn Woods, Ill., they incorporated large panels of glass symmetrically throughout. While most windows have wood blinds, the family tends to leave them open for aesthetics.

Window-treatment companies are pushing to make shade operation less of a chore. Rotterdam-based Hunter Douglas this spring added a “Solar Energy Sensor” that raises and lowers blinds based on the amount of sun detected. Despite the slump in the housing market, the company’s North American sales rose almost 5% last year. An electronically controlled Lutron shade sells for about $900 more than manual ones and can be controlled via remote control or an app for Apple Inc. or Android devices.

Some glass companies now make windows that reduce the need for blinds altogether. One is Sage Electrochromics Inc. of Faribault, Minn., whose product consists of clear panes that morph to a grayish-blue tint when a user flips a switch to send a low-voltage current across the window. The tint reduces glare and heat but not visibility. Sage began selling the glass for residential applications around 2005, though they are typically found in high-end homes due to cost. An installed window costs between one-and-a-half to two times as much as one with typical low-e glass.

“If you’re on the West Coast facing the ocean when the sun is beating on the glass, what people do is pull their blinds and shades to block the glare,” says Helen Sanders, Sage’s vice president of technical business development. “What that means is you’ve just lost your view you paid a huge amount of money for.”

More light the better I always say.  I love light and bright although i can see where it would be a pain in the butt to keep clean.

I wonder how those houses are with utility costs with all that glass. Even the best performing windows have a U-Factor of .15 or about a R-6.5. That still falls way under and insulated wall assembly.

Ken --- there's nothing like a great and expansive view to attract a buyer to a home --- truly a "wow" factor that windows can achieve.

Patricia, could not agree more.  More light always is a good thing.

Rob...  Good question..  Just saw a show on TV where the windows must be quad-pane to insulate.  There is a 45 M home here in Tahoe that has floor to ceiling glass in very room from wall to wall.  All about the efficiency of the systems.

I've never seen quad glazed windows but other countries are more energy conscious and some of those products are making their way here. The best quad glazed I could find was .16 U-value. We still need to improve on windows and water heaters in this country. 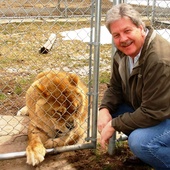 Get the right scoop!