While there’s little question that foreclosures have slowed because of paperwork issues and even government policies aimed at slowing them, sales of distressed properties still make up a relatively large percentage of all sales.

That will probably continue to be the case, at least for a while anyway, but the way the numbers break down when it comes to distressed properties seems to be changing rapidly.
RealtyTrac, a foreclosures listings firm, reported recently that nearly 1 out of every 4 sales (24 percent) in the fourth quarter of 2011 was of a home in some stage of the foreclosure process. Even with banks’ slowing down the foreclosure pipeline somewhat, that is still a large percentage of homes when you compare it to historical averages.

The sales of distressed properties in the quarter were up by 20 percent compared to the quarter before, according to RealtyTrac, but were down slightly from the same quarter of 2010, when distressed sales were 26 percent of all transactions.

What’s interesting, though, is that the number of bank-owned homes that sold in the fourth quarter were down by about 12 percent from the same quarter the year before. It’s becoming less and less a secret that banks are more reluctant these days to repossess homes, and are letting defaulted borrowers actually stay in them longer, but if bank-owned properties are rarer, then why are distressed sales still climbing?
The answer seems to be that banks continue to be more willing to do short sales than they used to be.
Short sales – which occur when the lender agrees to let the homeowner sell the house for less than what is owed on it – were up 15 percent in the fourth quarter of 2011 compared to the same quarter a year earlier, according to RealtyTrac.

There has continued to be anecdotal evidence that short sales have become more favorable options to lenders over the past year or so, but the RealtyTrac data seem to indicate that the anecdotes seem to be based in fact. Brandon Moore, the CEO of RealtyTrac, said he believes short sales will continue to increase as lenders recognize that it might be a better option for what he called “underperforming” loans.
I tend to agree. Banks seem to be getting used to the idea that repossessing a home isn’t the best way to cut their losses. Vacant, uncared-for homes are harder to sell, and paying property taxes and other costs while waiting and hoping for an unmaintained home to sell is often a challenge. If you were a bank, for example, would you be more willing to take a $15,000 or $20,000 loss on a short sale right now, or repossess a home, pay taxes on it while it sits vacant and hope that when it eventually sells you won’t take as big a hit?
It’s good for housing markets, individual neighborhoods and buyers and sellers that short sales are becoming a more viable option. For one, short sales less frequently result in a home being vacant for an extended period of time. That means homes are in better shape and neighborhoods aren’t blighted by homes in disrepair.
For sellers, a short sale is usually better financially than a foreclosure eviction. For buyers, they’re a way to get a discount from market value while not worrying about buying a bank-owned home that’s been sitting vacant. And while it’s true that a large percentage of distressed sales in an area – whether it’s a bank-owned sale or a short sale – will have a downward effect on home values, it’s typically true that short sales are less impactful.

I think that buyers and investors should pay attention to this trend because a short sale for many people is a way to get a great price on a home without having to settle for a home that’s not in good shape. Potential sellers, too, should take heed. With more banks considering short sales as the more attractive option, distressed sellers might have more and/or better options than they’ve had in the past.
The bottom line is that, compared to the time before the housing bubble, distressed sales are going to keep making up a relatively large percentage of sales. The shift toward short sales, however, could benefit all involved – banks, buyers, sellers and neighborhoods. 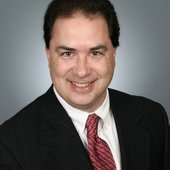