Way back in November I was out for a friendly jog with my best friends Amy and Erica when the "M-word" was somewhat casually mentioned.  Amy said, "I'm kinda thinking about a winter Marathon".   What?  No way.  Been there, done that...x4.  I'm out.

It could't hurt to be a training partner right?  All caveats in place, I decided to join my friends on weekend training runs - it was the right thing to do for my friend.  No race registration, no commitments...just supporting my friend.

Then the race registration deadline approached (Jaws music here).  Ok, I registered...and got a hotel room.  It was just registration, no commitment.

With a week to go, the sinus infection showed up. I took the meds and ate enough vitamin C tablets to turn orange.  1 Day to go...race expo and packet pickup.  There were.....

4,200 Registered Half-Marathoners but just 600 Registered Full-Marathoners - 2 times around a 13.1 mile loop.  Doing the math here....we were going to be the lone rangers on the back part of the course.  Double Dang!  Whose idea was this anyway?

If you're considering a winter marathon location, Hyannis isn't a bad pick. The course is nice....not flat as you may imagine, several rolling hills.  The organizers had things under control which is key.  The only thing that was extremely difficult was the ratio of half-to-full race participants.  Most of the race volunteers tried to be encouraging shouting support toward the runners.  Most didn't understand that there were a few of us lost souls running the full 26.2 miles.  At the 12 mile marker we kept hearing, "You look great! Only 1 mile to go!".  That killed me....I had 14 more to go!   There were no bands, almost no crowd support.  Smaller races can play mind-games....big races like NYC have bands, 100k cheering folks all the way through the course.  It helps.  This race....not so much.  But, we're friends and...

Chalk up another win for the 40-something gals!  My 5th full marathon and OFFICIALLY my last one.  No kidding this time...........now, how long can I wear the medal??? PS-  Did you know that only 1% of the population ever runs a full marathon in their lifetime?  And only 0.1% of those ever run a 2nd.  About 500,000 people in the US will run a marathon this year.  There are a record number of marathon particpants these days.  If you've ever even considered it....give it a try.  I think it is a pretty neat club to be a member of.

Wow and congrats to you...and imho you can wear that dog-gone medal as long as you like...because you ARE a marathoner. You did it (them) and you deserve it, so go for it!

My last was sbout 7 years ago, but (ha) I still consider myself (at least in my mind) a marathon and age 50 was my first. Since then it's been LA 7x & beautiful San Diego RR 3x. I sort of thought I had a dozen in me, but now I'm not sure.

Anyway, YOU GOT FOR IT GIRL!

Hey Lynda!  I loved your comments!  WOW, 10 under your belt.  I'm totally impressed.  I had a 7 year "break" between my last two....and a baby, so I wasn't sure I had the time or stamina to train.  At least I didn't have to push the jogging stroller for 26 miles!  ha   I'd love to try San Diego, I hear it is amazing.

Thanks for the nod on wearing the medal.  I wore it the day after for the trip home.  On the 2nd day "post-race" my 15 yr old said, "Hey Mom, are you going to wear that medal again today?"  When I asked her if it was "lame", she said, "well, you did run the race, and I'm proud of you, so go ahead....but maybe not tomorrow". LOL

Carolyn, both you and Debb Janes talked about running marathons today, quite impressive! I might have to man up and join those ranks one day. I know I could do it if I set my mind to it! 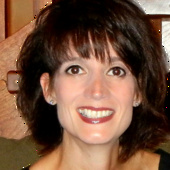