You may have already heard all about this but I thought this was worth sharing, the info I received.

After discussions with The Treasury Dept officials, mortgage lenders, and the Wall Street firms, the Bush administration announced a few short days ago that an agreement has been made to "freeze" interest rates for up to 5 years on certain subprime adjustable rate mortgages.  The New York Times stated that the goal of the Presidents plan was to convert as many subprime ARMs as possible to more sustainable loans but the freeze only would apply to those who took the loan between Jan 05-July 07 and with rates that were set to increase as of Jan 08 and July 2010, and whose have less than 3% equity in their homes, and whose are current on payments (cannot be more than 60 days behind) and whose are able to handle current lower rates, but will not be to handle a higher payment. This is intended to help at least 240-250K borrowers.  This freeze is said to be a voluntary agreement on the part of lenders, no legislation is required for this plan but the congressional approval would be necessary in order to increase the current FHA loan limits.

Show All Comments
Ambassador
891,480
Lane Bailey
Century 21 Results Realty - Suwanee, GA
Realtor & Car Guy
There are probably four hundred opinion posts on this here on the rain.  What is your opinion of the freeze? 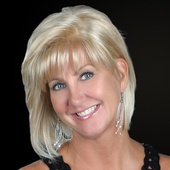