Spring is here and I've been wanting an excuse to visit Joshua Tree National Park—our local desert treasure. My cousin's visit to the Palm Springs valley provided the excuse for a memorable day trip this week. With Joan donning the chauffeur's cap and me directing, four of us piled into the car on a balmy spring day and entered the park's southern entrance at Cottonwood Springs just 30 miles from our front door.

Added to the nation's jewel box of national parks in 1994—sixty years after Teddy Roosevelt first proclaimed it a National Monument—Joshua Tree is easily the most unique swath of protected land in our fifty states. Two distinct desert systems—the Mojave and Sonoran (which envelops our Coachella Valley)—converge over 800,000 acres of wilderness. Right away, we spot a coyote trotting purposefully alongside the two-lane macadam. I snap his photo from the car as he paces us nonchalantly before veering off deeper into the terrain. I am thrilled with my very first park sighting of this remarkably adaptable desert mammal. We stop to read about the Pinto Indians who inhabited this land 19,000 years ago during a wetter period.

I jump on a rock to take my picture with Gene, Joan's strapping husband. During our childhood, my sister and I referred to him as "the big man." You can see why; even at 80 years of age, he's still physically imposing.

As we pass the turnoff for Black Eagle Mine Road, I am vividly reminded of last September's tragedy involving a young Dutch/German couple who visited the park on a toasty 107° day, decided to explore this dirt side road, got stuck in the sand, and unwisely chose to leave their air-conditioned car to walk for help. They died of exposure and dehydration within seven hours of entering the park.

Kirk and I played golf in Palm Springs the very next day, enduring scorching temps of 114°. Even with plenty of water and cool grass underneath, I succumbed to the heat on the back nine and lay on the grass the final few holes. It's very easy to underestimate the desert's beautiful but forbidding world. We stop to stroll among the ocotillos—typical of the Colorado Desert and the name of the development in which I live—now sprouting orange blossoms at the tips of each spiny frond.

The park should be bursting with blooms right now. Since we've had scant rainfall this winter (Palm Springs is at a third of its normal 2.5"), the wildflowers are pretty much a no-show. I hiked in the Coachella Valley Preserve just last week and could count the flowering bushes on one hand. We may get some rain this weekend; if so, there's still a slim chance of a March Miracle.

Further up the road we spy a mini forest of cacti glinting brightly in the sun. We wind our way through a quarter-mile serpentine trail of Cholla Cactus, nicknamed "jumping cholla" for its tendency to attach itself to the unwary. During my last visit, I was startled to look down and see a bristly pod tenaciously attached to my sneaker. Joan is fascinated with the otherworldly scenery and ultimately surmounts the plant's Spanish pronunciation. Choy-ya, choy-ya, we chant.

We consult the trail guide pointing out the area's flora and fauna, looking in vain for a nesting cactus wren among the formidable spines and making due with lazy lizards. That's me pronouncing the Jojoba shrub by the pathside; the plant's oil is often used as a lubricant or cosmetic. I realize belatedly that the accent falls on the second syllable not the final.

As the road rises in elevation, we start spotting Joshua Trees—the park's namesake—with their outstretched limbs. A member of the Agave family and an indicator that we had now crossed over into the higher elevations of the Mojave Desert, the unusual tree was useful to the American Indians and named by Mormon pioneers after the biblical figure, Joshua. Soon we start spotting Joshua's distinctive rock piles and Joan senses how magical this place really is. We stop to explore the first big outcrop of Dr. Suess-like rocks, marveling at their geologic formation.

At White Tank campground, we trek the .3 mile loop of Arch Rock, stopping to read the signposts explaining the origins of the eccentric granite formations.

The magnificent terrain perfectly encapsulates the story of 100 million-year-old molten liquid thrusting up beneath surface rock. The plutonic intrusions became granitic rock called monzogranite. You can spot dikes—formed when the molten rock was pushed into existing joint fractures–by the trail of rock spines bisecting the rocks on the right side of the photo. They remind me of scales rippling along the back of an ancient creature. When I printed the photo of Kirk and me next to the (missing) trail sign, I was struck by how much the setting resembles a diorama—looks like we're sitting on real rocks in the foreground with a painted backdrop.

When Joan spots this massive boulder rising above its brethren, she marvels at its resemblance to a whale. Amazingly true and I can't believe I didn't spot it before. I doubt that I am the first to nickname it Moby Rock. It's difficult to stop taking pictures of this fantastical scenery, so reminiscent of Disneyland's fondly remembered original 1955 attraction, Mine Train Through Nature's Wonderland.  I am certain Walt's Imagineers visted Joshua Tree for their Frontierland inspiration. Gene and Joan oblige me by popping under the beak of this predatory rock, carved over eons by water erosion. Finding a picnic table, we spread out our lunch goodies for a deserved respite from the morning's sightseeing. A young German couple does the same at a nearby table. One more reason to love special places like this–sharing them with international visitors who surely marvel at America's natural splendors. We spot some tiny Antelope ground squirrels scampering around the huge boulders and I can't resist feeding them almonds and apples. I notice a huge raven perched atop some of the impressively-bisected boulders and like the resultilng snapshot even if it's necessary to point him out! We decide to exit the park via one of the two northern entrances, choosing Twentynine Palms and its Oasis of Mara exhibit. The palm oasis was home first to American Indians, then 1800s' prospectors,  followed by 1940s' homesteaders. It's now the park headquarters and the Oasis Visitor Center. The wonderful revolving sculpture is by the same artist who created a similar one for The Living Desert. Kirk picked out a T-shirt and cap—his favorite sartorial atire—and we browsed the books and interpreteive displays before realizing my relatives were MIA. Sure enough. They were back in the car ready to go.

"If we were traveling in Europe together, you'd be in and out of the museums lickety-split." Joan laughs indulgently at my wry observation. 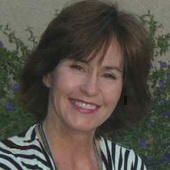 Just for Fun about 6 years ago
bookmark_borderbookmark
From L.A. to the Desert--A Dog Story
View more Recent Posts   arrow_forwards