Westford, MA was incorporated in 1729 and is located about 25 miles north west of Boston.  Neighboring towns include Chelmsford, Carlisle, Acton, Littleton, Tyngsboro and Groton.  The major routes passing through Westford are Interstate 495, route 225 and route 110. Add your Westford business to the Westford Business Directory at DailyHomeOwner.com

There were 48 home sales in Carlisle for September through November of 2007 compared to 117 for the prior three months. Please log in or register to comment
Log inJoin now
Show All Comments
Joan Whitebook
BHG The Masiello Group - Nashua, NH
Consumer Focused Real Estate Services
A very nice localism post.  I think the picture add a lot to give a feel for Westford.
Like
Gary McAdams
GMAC Schwartz Property Sales - Key West, FL
I love the pictures.  Brings back memories.  I grew up in Boston and have family in Westford, Chelmsford, Andover and Lowell.
Like
M A
Boston, MA

Joan - Thanks.  I appreciate it!

Gary - Glad I could help with memory land! 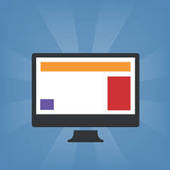