By Kevin Korber of Village Confidential

Rudin Management’s St. Vincent’s development has been rolling forward despite the repeated objections of many Village residents who want the former hospital complex re-opened as a fully-functioning hospital again. While the possibility of the hospital re-opening is very remote, the New York City Council has provided some relief for residents who don’t want to see another round of high-end high-rise condominiums in the neighborhood.

DNAInfo.com reports that the City Council’s Land Use committee voted to approve the Rudin’s plan for the St. Vincent’s development, but with some modifications. For example, the committee voted to eliminate 100 units from the residential development, bringing the number of condo units down to 350. Also, Rudin agreed to cede the St. Vincent’s Triangle to the city. The triangle had been a source of contention after Rudin rejected plans by various community groups to turn the land into an AIDS memorial.

The committee’s resolution also included plans for a public school at 75 Morton Street, which is currently land owned by the state. The city will also donate funds to local arts education programs and to legal groups fighting for affordable housing in the St. Vincent’s development.

The project still faces another round of reviews from the City Planning Commission before facing a vote before the full City Council. 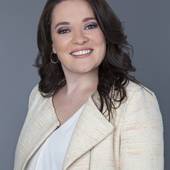