Pending home sales, a forward-looking indicator based on signed contracts, rose 2% in January after a revised 1.9% decrease in December. It was the highest reading since April 2010. On a year-over-year basis, pending home sales are up 8%.

Orders for durable goods — items expected to last three or more years — fell $8.6 billion or 4% to $206.1 billion in January. Economists had anticipated a 0.7% decrease. This follows a 3.2% increase in December. Excluding volatile transportation-related goods, orders posted a monthly decrease of 3.2%.

The Standard & Poor's/Case-Shiller 20-city housing price index — on a non-seasonally adjusted basis — fell 1.1% in December after a 1.3% decrease in November. On a year-over-year basis, prices fell 4% compared with December 2010.

The Commerce Department announced that gross domestic product — the total output of goods and services produced in the U.S. — increased at a revised annual rate of 3% in the fourth quarter of 2011, compared to the initial estimate of 2.8%. This follows a 1.8% pace of growth in the third quarter of 2011.

Upcoming on the economic calendar are reports on factory orders on March 5 and international trade on March 9.

Nima, I haven't seen you face pop up on my screen in a long time.  I hope things are going well for you!!!

Hi Nima!  We all hope the home sales continue to grow, this would be a great indication that our economic status as a country will grow and more people will aquire jobs.  Wish you the best of luck in the future!

I hope you are enjoying a very productive summer. Take care and be safe. 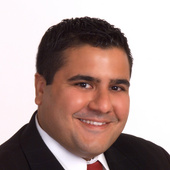