I just got back a couple of weeks ago from Las Vegas where I attended a seminar with motivational speaker Marshall Sylver called The Next Level and while reflecting on what I did during that five day period I would have to agree that the title of the event is appropriate.  During one of the days, I spent about 8 hours at a ropes course doing a variety of challenges that normally would not have been of interest to me.  Not because I don't enjoy new things but I am not always interested in seeking out thrills.  In fact, had I known what I was getting into before I paid for the event a few months ago, I may have decided not to do it.  I guess sometimes it's not best to get all the details before diving into something.

To give you an idea of some of the things that I went through, at one point I was standing on a platform about 100 feet high and looking down into a canyon.  I was strapped into a seat harness and the harness was hooked onto a wire.  Upon jumping off of the platform, there was an immediate drop for about 10 feet and then I went speeding across the wire for about the length of a football field with my hands and legs free.  It was exhilarating to say the least.  Another challenge was to walk across a different section of the canyon at the same height but this time, I was walking across a metal wire with each of my hands holding onto a rope on both sides of my body.  Again, it was mentally and even physically challenging to get all the way across because the wire and the ropes started to shake as people got on behind me.  Another memorable task was to climb the equivalent of a 40 foot high telephone pole with only the ability to step onto those tiny rocks which are oddly shaped and sometimes even the rocks were loose and would move as I tried to get my footing.  The hardest part of that event is that the rocks are spaced so far apart that most of your steps are awkward because of the height and the difficulty in stepping up so high from rock to rock.  I finally got to the top, took a step onto the platform at the top and looked out over the Las Vegas desert knowing that I was glad to have accomplished the goal.

One of the biggest things that I took from this event was that there were people who were not in good shape and there was even a 70 year old who pulled it off!  That was something that I could barely even wrap my mind around.  How could they be doing this?  The courage that they displaced was even more powerful for me than what I had done.  When I got back to the real world, I began to realize that the lesson of that week was that the things that I would have to overcome in my daily business life didn't seem to have the same impact.  In other words, they weren't as difficult and didn't even compare to what I had done out there.  So when people ask me what the point of doing something like that was, the answer lies beyond a simple explanation because its beyond head knowledge, it was a "next level" for me and will open the door to future "next levels" in my lifetime.  For a free consultation on taking your real estate business to the next level, contact info@maybachrealestate.com with the words ‘Free Consultation' in the subject line.
Like favorite_border
favorite_border 0
repeat 0
bookmark_border

Congrats on completing the course.  It is a challenge, though the zip lines are some fun stuff.  Kinda feels like flying doesn't it.

As another motivational speaker puts it:

IF YOU WANT TO WALK ON THE WATER, YOU'VE GOT TO GET OUT OF THE BOAT!

Like
Anonymous
Tony Robbins
The next time you're at the ropes course, hang yourself.
Like
#2
Erby Crofutt
B4 U Close Home Inspections&Radon Testing (www.b4uclose.com) - Lexington, KY
The Central Kentucky Home Inspector, Lexington KY
What an ass.  Oughta just delete that stuff, David.  A good example of why we are allowed to delete comments from our blog.
Like
Andrew Lietzow
IaREIA | Iowa Landlord Association - Des Moines, IA
MBA-Exec Dir Iowa Real Estate Investors Association -

Interesting dialogue.   I'm not sure I'm following it, but that's okay.

Why I'm here, however, is to learn more from people like Marshall Sylver.  I LIKE the idea of getting my brain to quit sabotaging my efforts, by placing this artificial ceiling over my head.  I had a good year last year, reaching my 100% level with RE/MAX, but I didn't do it until the last day of the year!

Crazy how work expands to fill all the available time, right up to the deadline.  So, I am extremely grateful that I reached the goal, but Marshall Sylver can help me think outside of the box and I know I need that.

I can hardly wait to go!  I need to wave a magic wand over myself and say, "Abra cadabra, it's okay to be rich!".

Speaking of the Science of Getting Rich, by W. D. Wattles, have you ever read it? 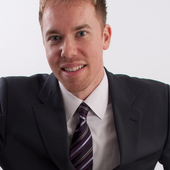 This blog is intended to deliver ideas in a fresh and fun way on topics including real estate investing, credit repair, motivation, creating influence in your life and overall business strategy.