A regular guest and real estate expert, Barbara Corcoran, appeared as a guest again on NBC's Today Show on Tuesday morning. She came with a list of 5 cities that show potential for real-estate come backs. Leading the top of the list of 5 was Denver, Colorado. Denver Homes are becoming much more desirable, however the other four cities that she said were on their way up as well included the following: Raleigh, North Carolina, Austin, Texas, Seattle, Washington, and San Francisco, California. She designed a system for evaluating what could cause real estate recovery across the nation by evaluating a variety of factors. The reason for Colorado being on the top of the list was based on high ratings on her basic eight factors that make a city desirable to live in. Here's how she came to her conclusion:

Corcoran had a system including eight different qualities, and they are as follows:

1. Healthy career climate; meaning, there are jobs available, and there is potential for further job growth down the road.

2. Population growth; there is a healthy climb in population, also meaning that the population includes a large portion of vibrant and young individuals, bringing new life to the city.

3. Weather; This one is key for a lot of people who are planning to make a move that's not based on career motives, but rather being happy and content with the climate of the region they're planning on moving to.

5. Open spaces, and limited over-building; Open spaces are desirable for most people, as the crowded city life can offer little to no relief of traffic and the hustle-bustle of commuters, tourists and the rest of the general population.

6. A lively Downtown Area; This is where people are going to direct themselves on nights, weekends, and holidays. The center of entertainment and commerce for most states, the downtown area should bring crowds and increase revenue.

7. A City with an educated population; It would be assumed that states and cities with a base of well educated citizens most likely means the city will be a happier, healthier and more enjoyable place for everyone.

8. A city that experienced the peak of it's foreclosures earlier in the real estate down-fall.

The 8 factor system that Corcoran designed made Denver, Colorado the first on the list. If you apply knowledge of the city to the 8 factor qualification list, it makes too much sense. Denver is established, but is still very lively. The career openings in Denver are nothing short of acceptable, and there are jobs available, and many businesses are trying to expand to create more jobs for more people. Because of the job climate in Denver, people are moving there to occupy new positions, hence the population in the city is growing. I won't even try to avoid the next factor; weather. Everyone who visits Denver, and the natives here as well, can't help but bask in the four amazing seasons this state has to offer. Not to mention the Rocky Mountain range being in the back yard of almost all the residents of the state. Most people don't have to even have to drive enough to consider it a vacation to visit the Rocky Mountains. It's an easy day trip, or if you want to really escape, you can go for the weekend and still be back to work on Monday without taking any time off! Not to mention, that the state of Colorado has one of the largest park systems in the country. There is no shortage of open space and places to enjoy the outdoors in preserved landscapes that are meant to be retained indefinitely.  Another huge benefit to Denver is the young population, there are many young people, just now starting their lives. This makes for a large population of first-time home buyers as well. This helps to stimulate the housing industry, and gives a lively and upbeat feeling to the area itself. Most of the residents in Denver are also educated, and many more are seeking education actively. The part that makes this a perfect real estate rebound story, is the amount of foreclosures Denver experienced early on puts it on the top of the list for recovering cities. It seems that they're through the eye of the storm and are nearing the blue skies ahead. It is extremely refreshing to hear that things are on the up and up throughout the nation.

For your sake, I hope she is right. In California, I think is more next year when we will truly be through this, cheers cvc 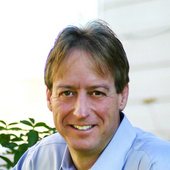