According to the Fannin Sentinel Newspaper - Friday, Dec 14, 2007 Edition, the State Ethics Commission is investigating the funding of the Vote No Group involved in the recent alcohol referendum election on November 6, 2007.  They have contacted the Fannin Sentinel for copies of advertising submitted to their paper.

The Sentinel spoke to the Ethics Commission media contact, Rick Thompson, who verified that due to the number of complaints they received from Fannin County residents coming into their office, the matter has warranted enough attention to conduct an investigation.  The SEC will conduct a routine investigation to determine if the complaints are valid concerning the non-profit organizations activities leading up to the casting of votes on the referendum.  The investigation will be on the SEC agenda of the January 24, 2008 and will determine the course of further action.  This SEC meeting is open to the public.

According to the Sentinel, the investigation centers on the non-profit, religious organizations that participated in posting "Vote No" yard signs, display advertising, billboards and other forms of communication establishing a position to influence voters to cast a vote on the referendum.  It has become apparent the funding for "Vote No" signage and communications is at the crux of the matter.

The results of this investigation could truly shed a different light on the election results here in Fannin County.  I know it will stir up both sides again.  However, due to the fact that the election was so close, how do you, the public, feel about this?  I am interested to hear your opinions!

I ran across this posting after doing a search on this issue. Some discussion has started over at ngaforum.com under the posting - 'Sonny Claus is coming to town' 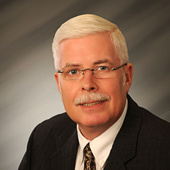