February existing-home sales declined from an upwardly revised January pace but are well above a year ago, while the median price posted a slight gain, according to the National Association of Realtors®. Sales were up in the Midwest and South, offset by declines in the Northeast and West.

Total existing-home sales1, which are completed transactions that include single-family homes, townhomes, condominiums and co-ops, slipped 0.9 percent to a seasonally adjusted annual rate of 4.59 million in February from an upwardly revised 4.63 million in January, but are 8.8 percent higher than the 4.22 million-unit level in February 2011.

According to Freddie Mac, the national average commitment rate for a 30-year, conventional, fixed-rate mortgage was a record low 3.89 percent in February, down from 3.92 percent in January; the rate was 4.95 percent in February 2011; recordkeeping began in 1971.

NAR President Moe Veissi, broker-owner of Veissi & Associates Inc., in Miami, said market conditions are improving. “Supply and demand have become more balanced in more markets, but with tight supply in the lower price ranges – particularly in the West,” he said. “When markets are balanced, we normally see prices rise one to two percentage points above the rate of inflation, but foreclosures and short sales are holding back median prices.”

“The bottom line is investors and first-time buyers are competing for bargain-priced properties in much of the country, with home prices showing signs of stabilizing in many areas,” Veissi said. “People realize that homeownership is an investment in their future. Given an apparent over-correction in most areas, over the long term home prices have nowhere to go but up.” 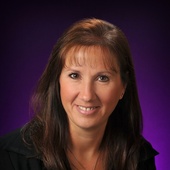 Lending / Financial almost 9 years ago
bookmark_borderbookmark
Frustrated with the Banks, and the people they use...
View more Recent Posts   arrow_forwards