Like:
Home > Blogs > Erick Blackwelder > How To Buy Or Sell A House In Woodbridge, Lorton, Or Mount Vernon Virginia

Here is the text of a report written by my pal, David Soleyman:

"The index of leading economic indicators — designed to forecast economic activity in the next three to six months — rose 0.7% in February, following a revised 0.2% increase in January. The February reading was the highest level since June 2008.

The combined construction of new single-family homes and apartments in February fell 1.1% to a seasonally adjusted annual rate of 698,000 units, after an upwardly revised gain of 3.7% in January. The January figure was revised from 699,000 units to 706,000 units. Compared to a year ago, housing starts are up 34.7%. Applications for new building permits, seen as an indicator of future activity, rose 5.1% to an annual rate of 717,000 units.

Existing home sales fell 0.9% in February to a seasonally adjusted annual rate of 4.59 million units from an upwardly revised 4.63 million units in January. The inventory of unsold homes on the market increased 4.3% to 2.43 million, a 6.4-month supply at the current sales pace, up from a 6-month supply in January.

New home sales fell 1.6% in February to a seasonally adjusted annual rate of 313,000 units from a downwardly revised rate of 318,000 units in January. The initial January reading was 321,000. The December rate was revised higher to 336,000 units, the highest level since the economic recovery began. On a year-over-year basis, new home sales are up 11.4%. At the current sales pace, there's a 5.8-month supply of new homes on the market.

Upcoming on the economic calendar are reports on pending home sales on March 26 and the housing price index on March 27."

We also have a much lower inventory starting this year.

Now that the bulk of foreclosures have been flushed out of the market, homes for sale look nice because owners live in them, or the owners moved before putting the house on the market.

Erick - This year has been all about the lack of inventory here in Northern Virginia.  Properties that wouldn't have been looked at seriously last year are getting offers... and sometimes several.  I agree with your statement, we are beating the national averages. 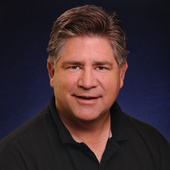