A few weeks ago, Microsoft released Windows 8 Consumer Preview (CP). After using it for a few weeks, I think this may be just what The Jumper Real Estate Team has needed for some time now.

I downloaded and installed the program to test on our desktop computers. We sorely need to upgrade soon; one of our computers is still running a decade old version of XP! Still, I wanted to test to see if I should wait for Windows 8 or if it was time to give up on Windows and find something else.

We have a hodge-podge of operating systems right now--desktops with XP and Vista, a laptop with Windows 7, an iPad with iOS and Blackberry and Android phones. What a mess trying to get these to just support each other, let alone work together seamlessly! It's been a frustration for some time now. I really like what I've seen so far with Windows 8.  It was easy to load, but (duh, Dana) if you do load the trial, make sure you back-up, back-up, and back-up, and make sure you have your software registration keys and operating system recovery disks. Once it was loaded, it was easy to learn to use, even though I learn new tricks every day. And, it's easy on the eyes; the start screen really does look good.

But there's a couple things I especially like. It boots up fast. From the time I press the power button to the time I'm working, maybe 15 seconds. I've never seen a desktop boot that quickly. And, I like that it runs both apps and all my software programs, and it uses 2 different interfaces for them.

That's the kicker for me.  When Windows 8 is finally released, it will work on all devices: desktops, laptops, tablets and phones. I can see how, at last, we'll be able to work individually, store and share and update information automatically, work anywhere and pull up information any time we need it, no matter what device we have with us at the time. I especially like that we'll still be able to productively use the thousands of dollars of software we already own, and that we'll still be able to produce rich media and not have to settle for limited functionality.

I'm excited about that.  So, I've decided that we'll wait until fall when Windows 8 is scheduled to be released, to do our upgrades.  Who knows, if I'm good, maybe I'll get a new tablet and phone for Christmas running Windows 8. If Windows 8 turns out to be as good as it looks so far, all I can say is "Microsoft, what took you so long!"

About the author
Dana Jumper and his wife, Julissa, are owners of The Jumper Real Estate Team in Fayetteville, NC since 2003. Dana retired from the United States Army as a Sergeant Major. His background is in marketing and he is currently pursuing his Masters degree in Trust and Wealth Management. You can circle Dana on G+
Like favorite_border
favorite_border 0
Re-Blog
repeat 0
bookmark_borderbookmark

Julissa  Good to see you blogging again.  Thank you for thr preview - we are planning on a new laptop and I can see I'll enjoy Windows 8

Hi Karen: Nice to see you!

I do like Windows 8, and I look forward to having it on all my devices. 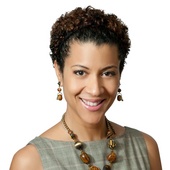