"Na Ali'i" translates to "the royalty", and there will be a royal line-up of comedians this Friday, March 26, on stage at Castle Theater.  For the first time ever five legendary comedians are coming together for one very funny evening.  You won't want miss this.

Here's the all-star line up.  Frank De Lima has been entertaining Hawaii for 36 years.  He is a 14-time winner of the Na Hoku Hanohano Award and spends much of his time with his student enrichment program visiting school children throughout Hawai'i.

Ed Ka'ahea is the sole surviving member of the comedy trio, Booga Booga.  He has spent over 30 years in the entertainment industry.

Mel Cabang is both a comedian and a businessman and has been entertaining for over 40 years.  He has done numerous TV programs and commercials.

Andy Bumatai has been a headliner in comedy clubs across America and has opened for many of the biggest acts in the industry; including, Tom Jones, Paul Anka, Kenny Loggins, The Beach Boys and Lionel Richie.

Augie T. performs for live and TV audiences throughout the United Stages.  Voted the funniest comic in Hawai'i by Star Bulletin and Midweek, he has been the driving force behind the revival of comedy in Hawai'i over the past several years.

Don't miss this one-time event.  The show starts at 7:30 p.m. at the Castle Theater at the MACC in Kahului.  For further information or to purchase tickets please visit  www.mauiarts.org or by call 808.242.SHOW.

Hi Janet. That's a great line up of comedian stars you have here. Great entertainment for everyone who attends the Castle Theater this Friday night.

Janet- it has been a long time since I've been to a comedy club but I do love comedy.  Looks like a successful evening for everyone.

Hi Jerry--indeed it is a great line-up and I think it is going to be a very "funny" event.

Hi Kathy--we don't often get comedy here on Maui, so this is going to be a very big event.

Hi Janet, now this sounds like loads of laughs-wish I could come.  And what exactly does "booga booga" mean?

Hi Joanna--wasn't there a song by that title?  It was the name of the comedy group, but if it has a translation or another meaning I don't know what it is.  Welcome back!

Janet, sounds like a great time! There's nothing like live comedy! I used to do stand up comedy and the high you get from making an entire room laugh is like nothing else! I hope you go and enjoy!

Hi Peg--You used to do stand up?  How cool is that.  I say you should post a video or another animated cartoon!

Hi Roger--it has been ages for me, too.  That's why we thought this would be fun.

A great photo to look at...

Hey,  I was wondering...how you are.  I haven't seen anything from you in a while. 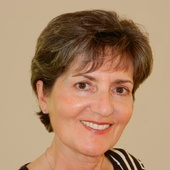