Home > Blogs > Vince McEveety > Sherman Oaks Homes
bookmark_borderbookmark
Westside Los Angeles Real Estate is some of the most sought after in the world.  Whether it's the Hollywood Hills or Westwood, from Brentwood to Santa Monica and a few other names that have cache around the globe... like Beverly Hills.

For all the gloom and doom about the ten year low in prices across the country, here's a little statistical analysis for the months of January and February compared in the last three years, courtesy of theMLS.

Looking for a good value?  www.ShermanOaksHouseFinder.com

This chart speaks of stability rather than volatility.  The median price is down and the sales volume is up year over year for the first two months of the year... and that's a good thing.

What this means is that the old "Rose Bowl Theory" that someone once told me about seems to be holding true.  This theory goes along the lines that every year across the country, thousands and millions of people watch the Rose Bowl in glorious Pasadena, California.  Many of these people are huddled inside their Iowa or midwestern homes having just shoveled snow out of their driveways, and there on the tube, sweater wearing cheerleaders are prancing in the seventy degree sunshine of Southern California... and dang if a lot of those people don't decide right there and then that its' "Hooray for Hollywood!", time to pack the kids and move west.

The westside of LA is a premier destination for arts and culture, dining and recreation, having the Santa Monica Mountains within easy reach.  A couple of hours from a morning surf and you can be afternoon snow skiing.  And then there's the entertainment industry.

Prices are stable for the most part because of the lack of NINJA (No Income No Job APPROVED) Loans that were handed out in the area, and the resultant lack of foreclosures and short sales by percentage, compared to a Miami or Las Vegas.  And it doesn't hurt that this city has almost anything one could want from hearth and home to haiku yoga class.... it's certainly more than 31 flavors here.

Peace to you and yours. 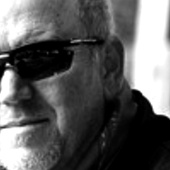 An overview of the real estate market conditions and neighborhoods in and around Sherman Oaks, Los Angeles.