Conventional wisdom, as it relates to houses, is often too much convention and not enough wisdom.

Every year, somebody publishes a list of which conventional home improvements will give you the best (or the worst) return on your remodeling investment.

Sit up straight. Get a haircut. Call your mother.

If return on investment (ROI) is why you bought a home, or why you're remodeling one, you can stop reading now. Because the rest of this article isn't for you.

You invest in your home to improve livability first, not value. If you get more value in the process, consider it a bonus, but don't make ROI your prime directive.

Otherwise, you'll end up like the potential client who came into my office a few years ago with a three-page, single-spaced typewritten (as in made with a "typewriter") list of things he wanted in his house.

His list included this line: "A large dining room, near the kitchen. Although we don't need or want a dining room." Why would he want to build a room he didn't need?

So let me rephrase the remodeling-ROI question this way: What are some cost-effective ways to improve the livability of your house?

1. Walk-in pantry instead of kitchen cabinets

Kitchen cabinets are expensive. Half of them are up high on the wall where they're hard to reach, and the wall space they take up could be better used for windows. A pantry takes up less space, stores a lot more, is much easier to use, and costs less to build.

2. Comfortable shower instead of big bathtub

My firm does a lot of work in late-'70s/early-'80s neighborhoods that are loaded with huge tubs. We're taking them all out, one at a time, and replacing them with comfortably sized showers (not the racquetball court-sized ones you see in home shows) that people actually use every day.

A shower takes up less space, uses less hot water, and is far more sanitary than a big tub.

3. Group windows together facing best views instead of scattering them around the house

Got a great view somewhere? Bring it into the house with lots of glass. Take excess windows from bedrooms and bathrooms and use them to connect the inside of the house with the outside.

We once remodeled a house on the coast of Lake Erie that had one window -- one -- facing the lake. Hey, pal, did you notice you have one of the Great Lakes in your backyard?

"Volume" ceilings do not automatically make better rooms. They just make taller rooms, rooms that are harder to decorate and more expensive to heat and cool.

Instead, focus attention on a view, a large fireplace or other element -- and away from the ceiling height. Use wall trim and multiple paint colors to break up the volume of the room and create the illusion of height.

I toured a client's existing home before we began designing the new one. "Of course," she said as we peeked in on the kids' rooms, "These bedrooms are way too small."

"Really?" I thought. The smallest was probably 14 feet by 15 feet. But each bedroom had at least one door or one window on each wall.

Pretty, but the design left little room for furniture.

I suggested we more carefully design the new bedrooms, keeping the furniture placement in mind. In the end, we were able to easily accommodate each child's bedroom furniture comfortably in smaller bedrooms than what they'd had before.

6. Consider the simple elegance of the box-form house

Subtlety and restraint used to be virtues in home design. These days, far too often, inexperienced designers attempt to attract attention to their homes by adding more stuff: more gables, more materials, more bay windows, etc. Others know that proper proportion, scale and details are what turn heads.

And here's a bonus: The box-form is easier and cheaper to build, and because it encloses a larger volume in less perimeter, it's less expensive to heat, cool and maintain.

This isn't for everyone, but it really tightens up the budget and the floor plan. Make the toilet and a sink in the master bath accessible to the rest of the house, instead of building a separate half-bath -- it won't be used much by you during the day, and rarely by guests at night.

Why have two baths when one will do?

8. Spend it when you have it, not before

Sure, it'd be great to have those granite countertops now, but your budget's tight and granite is 10 times the cost of laminate tops. So how about putting in nice laminate tops now, and replacing them with granite in five years when you have the cash? You can easily do the same with light fixtures, flooring, window treatment ...

Each kid doesn't need a personal bathroom, but does need privacy and room to share. A compartmentalized bath puts two sinks in one room and the toilet and tub/shower in another, so three kids can use the bath at once and keep a little more harmony in the family home.

I doubt any of these ideas will ever make a magazine's list of "Best Remodeling ROI" projects. But every one saves you money over a more "conventional" design strategy, and every one increases the livability of your home. 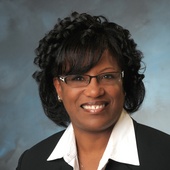