As we are now into a very brisk Spring Real Estate Market, I thought it would be a good time to look back at last years home sales for all of Gloucester Twp  New Jersey. First, a bit about Gloucester Twp NJ.  According to the US Census of 2010, there were 64,634 people, 23,566 households, and 16,873 families residing in the township.

Of the 380 homes sold a whopping 166 sellers gave some kind of concession to their buyers. The average age of a sold home was 31.11 years old, of which 26 homes were heated by oil, 12 elctric and 342 were heated by gas.

This year has started VERY strong, in fact that strongest I have seen in years! As of today 3/28/12, we have already had 106 homes close or settle and not all of the data is in yet for the month of March.

It’s a great time to buy and we are having a SALE! Check out the inventory here Gloucester Twp New Jersey homes for sale. 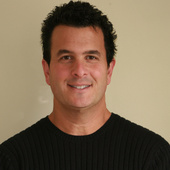