Courtesy of the California Association of REALTORS ®

C.A.R.’s Pending Home Sales Index (PHSI)* rose from a revised 102.3 in January to 127.8 in February, based on signed contracts.  The index also was up from the 111.8 index recorded in February 2011, marking the tenth consecutive month that pending sales were higher than the previous year.  Pending home sales are forward-looking indicators of future home sales activity, providing information on the future direction of the market.

“A lack of inventory in the bank-owned (REO) and short sale market was a contributing factor to the decline in share of distressed sales in February,” said C.A.R. President LeFrancis Arnold.  “In fact, REO inventory declined 24 percent in February from the previous year, while short sale inventory dropped 17 percent during the same period.”

**Note:  C.A.R.’s pending sales information is generated from a survey of more than 70 associations of REALTORS® and MLSs throughout the state.  Pending home sales are forward-looking indicators of future home sales activity, offering solid information on future changes in the direction of the market.  A sale is listed as pending after a seller has accepted a sales contract on a property.  The majority of pending home sales usually becomes closed sales transactions one to two months later.  The year 2008 was used as the benchmark for the Pending Homes Sales Index.  An index of 100 is equal to the average level of contract activity during 2008.

Leading the way...® in California real estate for more than 100 years, the CALIFORNIA ASSOCIATION OF REALTORS® (www.car.org) is one of the largest state trade organizations in the United States, with 160,000 members dedicated to the advancement of professionalism in real estate. C.A.R. is headquartered in Los Angeles. 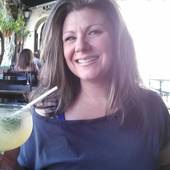