This morning, the Lower North Fork Fire in the Conifer/ Evergreen area was only 45 percent contained. 6-square-miles of beautiful terrain and 27 homes are burned down to the ground. 900 people have been evacuated since Monday due to a "prescribed control fire". What kind of control is that? At least Governor Hickenlooper suspended this kind of control fires for now. But how is it possible to start a fire with the dry conditions we had for the last few weeks. Absolutely irresponsible  decision making! If the state is found liable for the disaster, they would have to pay a maximum of $600,000 total for all victims to split because they are protected under state law from expensive liability. So far two people are dead and one person is missing. And the weather forecast looks bad for Saturday: high winds and high temperatures. If the firefighters don't get there hands on the fire today, chances are that it is getting worse again. It is a tragedy for the people, animals and parks of the area. Sure enough the value of the homes of the area will be affected too. Who wants to live in a burned down neighborhood with ugly dead trees. In this part of the country it takes decades to grow a tree or even a shrub! 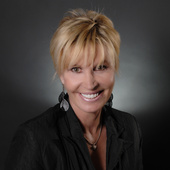 Caroline Wagner Dedicated to the extraordinary