And so here’s a real life story…  a relative of mine and his wife bought a home out in the country. (Kingston, On area)  They hired the services of the home inspector recommended by the real estate agent even though they knew I am a Certified Home Inspector.  The fellow, well known in the area, inspected the home… apparently not up to the Holmes on Homes standards.  He gave them the thumbs up, they paid him the $400 fee, and bought the home.

The fuel in the oil tank was running low so they called a fuel supplier. The technician looked at the tank and system and condemned it. There was no tag or registration and a follow-up inspection by a certified inspector under the TSSA showed that the tank was leaking.  The leaky tank was drained, removed and a new one installed.  $3,000 or so later, the furnace was up and running.  Lucky for them, there was no environmental damage which could easily have cost tens of thousands of dollars.

One litre of fuel oil can contaminate one million litres of drinking water. "The homeowner/tank owner must become aware of this potential loss situation and take steps to reduce their loss exposure. Contamination clean-up can cost in excess of $50,000, so it is in everyone's interest to prevent a leak from occurring."

Further the insurance company was unaware of the age of the oil tank as there was no TAG and registration certificate attached to the tank.

The Technical Standards & Safety Authority has mandated that all heating fuel suppliers must inspect all oil tanks to which they deliver fuel, whether the oil tank is located above ground or below ground, initially and at least once every 10 years. (Homeowners, visit the T.S.S.A. Website has more information about heating oil tanks and furnaces that use heating oil)

Leaky oil tanks are environmental hazards that must be replaced under new Ontario Regulations.  anybody who has moved into a new (or new-to-them) oil-heated home or who started a new account with a fuel oil supplier will have to have their oil tank inspected and approved by an oil-burner technician licensed by the Technical Standards and Safety Association (TSSA).

Domestic heating oil tanks have been under scrutiny in recent years. According to the internet Environmental Science & Engineering magazine, www.esemag.com ­ May 2002, storage tanks that are unprotected or not maintained represent a potential for environmental pollution. "There are between 1.2 million and 1.5 million homes that heat with oil in Canada," the magazine says. "Over the last few years, there has been a startling number of tank failures and the trend will grow as traditional steel oil heating storage tanks corrode

"The majority of steel fuel oil tanks rust from the inside out. Because of condensation, water and sludge accumulate at the bottom of tanks. This combination creates an ideal environment for internal rust or corrosion of the steel tank wall. "More often than not, this damage is not visible and manifests itself as a catastrophic tank failure."

The magazine goes on to say that leaking tanks are also a result of improper tank maintenance, damp locations and mechanical damage. Outdoor installations are more susceptible to condensation as a result of day-night temperature changes and humidity. Exterior rusting is noticeable by the small pinholes on the tank.

And there's more. "Nearly 40% of all fuel leaks reported to local and provincial ministries of environment are from domestic, heating oil storage tanks in private homes. The Insurance Bureau of Canada, Atlantic Division, says that claims paid for clean-up as a result of leaks from heating oil systems account for 5% of all claims paid under homeowners' policies. Oil leaks from storage tanks and line ruptures have caused insurance claims to jump by about 50% in the past few years. Clean-ups can cost between $20,000 and $125,000 or more. Some clean-up costs can grow to greater than the value of the house."

Tanks must be Tagged and registered.

John, sounds like they got off fairly easy considering what the costs could have been. Glad to see that these tanks are being inspected and certified these days.

In ground oil tanks are a big red flag and should have led to the bank wanting further testing regardless of its age. 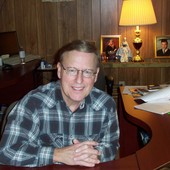