Anyone looking for Indianapolis homes for sale, or selling a home in Indianapolis,  should know that according to the latest MIBOR report, 2012 started with a bang for central indiana housing. Here are the highlights:

Thanks, Melissa! It is already so incredibly warm! Everything is in bloom, a full month early. I'm hoping that spring fever will hit early and buyers will begin the quest for a new nest! Have a great weekend!

NIce market report for Indianapolis. I'm going to assume that as it gets warmer later in the year, there will be more home sales. But... maybe I'm wrong. 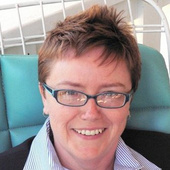 ActiveRain Community over 9 years ago
bookmark_borderbookmark
Broke another nail: What they don't teach you in R...
View more Recent Posts   arrow_forwards

Homes for sale in Indianapolis
Get this Widget