We just completed a super week at the Francis Home Team in Cary, NC!  Hailey, the sharp young agent who joined us to assist our Home Buyers, closed 2 purchases this week and we closed for one of Home Sellers, too.  That's a *rockin'* week in a Realtor's life!

It's a common - and smart! - practice in our area to hold the keys to the house on behalf of the Home Seller until after the Deed is recorded at the County Registrar of Deeds' office.  In North Carolina, the house doesn't actually transfer from the Home Seller to the Home Buyer until the deed is recorded, consequently the policy of the Francis Home Team is to hold the keys until after recordation.

I explained that the Home Buyer's insurance *would not cover* anything in the house until the deed is recorded.  If the Buyers began moving things into the house immediately (as they'd planned because their agent had not explained the recording process) and something were to be damaged or stolen, the Buyer's home insurance would not cover the loss because the policy doesn't go into effect until they actually *own* the house - which is defined as the deed being recorded.

Holding the keys until after the deed is recorded and the house is officially owned by the Home Buyers is a good business practice to protect everyone.

Hope this little tip is helpful to you, too! 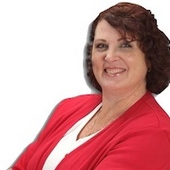