Have you noticed that Best Buy is closing 500 stores? Blockbuster closed thousands of stores all over the world too. What is going on? The internet is displacing the "brick and mortar" retail outlet.

Can this happen to our traditional offices? It surely can and I expect to see internet based brokerages under a big brand name like Trulia or Zillow.

The internet based local office has been tried. I worked for a brokerage called Home City that did this in Dallas. The office manager had the equivalent of an executive suite. We all worked from home. Home City still exists but never got past about 20 agents at any one time. They were profitable when I was there with only modest sales for the group of about $14,000,000 a year since there was basically no overhead. A home office in Austin provided support and agents there did have a more traditional office.

So why did this not expand nationally? I would think lack of a national brand and basically little or no imvestment capital has held back expansion plans.

When Zillow and Trulia figure out that all those fans of their websites might want to work with a Trulia or Zillow agent, they might just give the big brands a run for their money.

This does not mean that Trulia or Zillow have to do this alone. They could franchise the concept or have another company just license their brand.

Last, the big brands like Coldwell Banker see the internet coming. I think they are trying to figure this out too.

I get asked how often I go into the office. I always respond NEVER. There are no houses to sell or list in there! I'm online and in person and keep my business going with referrals. I'd drop the office in a heartbeat if it were allowed in Florida.

Well just wait because the requirement for an office can be met easily with a simple 10 x 10 office in an executive suite for the Broker/Manager. I have already seen this done.

As a further note, consider that many agents already advertise on Trulia and Zillow successfully (including me). How likely is it that those who like their programs might just join their brokerage? I think they might get a large number of agents quickly.

These companies are terrific at marketing and while the traditional brokerages are good marketers, they have to serve the traditional agent who is not going to give up their desk in the office. This will hold back the old brands.

Like
#2
Todd Clark
eXp Realty LLC - Tigard, OR
Principle Broker Oregon
I think a lot of agents have figured out that an office is nothing more than an added expense. I know I only head in to the office about once a month and use my home office for everything else.
Like
Joan Cox
House to Home, Inc. - Denver Real Estate - 720-231-6373 - Denver, CO
Denver Real Estate - Selling One Home at a Time

This is a trend and we all need to be aware of these changes coming down the pike.    Zillow & Trulia do want a piece of the pie, and we need to protect our business! 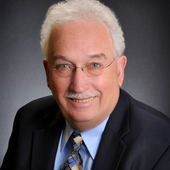 I focus on selling homes in the Plano and Frisco area.