What do a Rairoad Tycoon, the Nation's Oldest City, The Birthplace of Speed, an Oceanarium , a Sugar Plantation, spanish brick roads, Ocean City, a princess, and potatoes have in common?  No, it's not a trick question - it's Flagler County, Florida.  Created in 1917 from Parts of St. John's County (home of the nation's oldest city - St. Augustine), and Volusia County(home of Ormond Beach - The birthplace of speed and Daytona Beach), This county was named after Henry Flagler (the Railroad Tycoon) who's business of bringing business to Florida helped to establish Miami and the keys as destinations for snow birds.

Yes, this was the nations fastest growing county for both 2004 and 2005, and still brought in a significant amount of population even in 2006.  Home of Marineland (the world's first Oceanarium), and Bulow Plantation (a rich sugar plantation in the 1800's which succumbed to Indian attacks during the famed Seminole wars), and not one, but two of the original Kings roads meandering through it's beautiful groves of spanish moss laden oaks and palms (one still has the original spanish bricks).  This area not only has history, but beauty from it's beautiful coquina beaches to it's stately agricultural roots - depicted upon it's county seal (a potato).

Flagler Beach, which in the early 1900's was named Ocean City, is home to the fabulous Flagler Beach Pier which has been host to numerous award winning photos from the Daytona Beach News Journal (our local paper). In 1887, Henry Cutting constructed a hunting lodge on what was created to be a waterway from the Matanzas inlet to New Smyrna (Now known as the Intracoastal Waterway).  Designed by New York architect William Wright in the Adirondack Camp, the Princess Place lodge is probably the only example of this style of architecture in Florida.  Named after Mr. Cutting's widow, who after his death married an exiled Russian Prince, Princess Place was purchased by Flagler county in the late 1990's and is now the site for many county activities and educational events.

Bunnell, the County seat, was named after Alva A. Bunnell, the founder.  It was the largest populated area in Flagler County at it's inception and the agricenter of it's livelihood; potatoes and turpentine manufacturing up to the late 1960's early 70's.  Soon to be again the largest city in the county, Bunnell's charm extends to several lakes which feed into the fabulous St. John's River, one of the only rivers in the world to flow away from the equator (the other is the Nile).

Palm Coast rounds out the large tri-city Flagler who's who (You can read about it on our other blog).  Other not so famous areas are soon to be a great draw with the coming of Centex Destination Properties and the Ginn corporation. Ocean Hammock and Hammock Beach are two resort areas which will probably have their own zip codes in the not so far distant future.  Previously a stopover for the Barnum & Bailey Circus, the Hammock is rumoured to still house some of the escaped monkeys and peacocks from those days of the circus.  Don't forget WCI has been in this area for a while with it's Hammock Dunes Community (the people who gave this beautiful island area it's very own bridge, making access ever the more easy for traveler's and county citizens alike).  These three masterful builders have placed Flagler County on the map with their Championship Golf Courses (The Jack Nicklaus designed Ocean Hammock one to house the Senior PGA tour in '07), and the fabulous Tom Fazio course at Hammock Dunes.  Yes there are at least ten golf courses in Flagler County, and there are more to come (The Conservatory at Hammock Beach will be opening soon, and another is slated to open near the Bulow creek area).  A new public course is also in planning by the County.

One other area to keep your eye on in the near future is Marineland (Yes, its a city).  Soon to be the home of another great Planned Unit Development and community, look for a new marina which will join the other Flagler points of interest with water taxi service to the new Palm Coast Resort, Ocean Hammock and Hammock Beach Resorts and golf courses, and the splendid Bulow Creek development now under construction.

With an airport that houses Embry-Riddle Aeronautical University's airline Capt program, and soon another Fly in Community, a great lifestyle can be found in Flagler County and within her rich history.  Why don't you drop in on your way south?  You'll find that Orlando, Tampa, and even Miami couldn't give you the friendliness and comfort you feel when you visit Flagler County, Florida!  See you here! 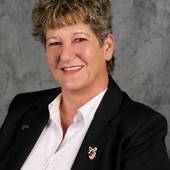 We've been a sleepy little town of 70,000 for too long now. Get ready! Palm Coast is picking up the pace!