San Jacinto residents might have noticed a difference not only the way their water tastes, but smells too. The Eastern Municipal Water District said that they will be using chloramines instead of chlorine to disinfect new supplies from the Metropolitan Water District of Southern California.  Chloramination will bring more of an after taste and a slight change to the smell.

This is something that the EMWD had to do, due to the fact the water being supplied by the Metropoltain Eastern Municipal Water District, has a higher volume of organic material in it..

Nice update (thanks) ... GREAT graphic!  Hope you are well.

Thanks Angie... we appreciate it! 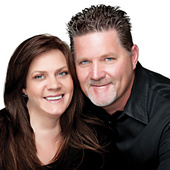