Murphy, NC makes the Best American Historical Towns you’ve never heard of List!  Who knew there was a Best American Towns You’ve Never Heard Of list, but there is and our lovely Cherokee County, NC city of Murphy is on it! Here is what they had to say about Murphy, NC but there is so much more...

Over the course of the early 19th century, land-hungry American settlers came head to head with Native American tribes. Native Americans were either violently pushed out of their homes or simply mistreated to the point of defeat; some settlers stole their livestock and burned their towns.

In 1838, the U.S. government ordered the Native Americans to move, then set 7,000 soldiers to forcibly remove Cherokee Indians from their homes. Thousands of Cherokees were forced to move out West, traveling an overland route that follows closely along today's U.S. Highway 72. Over 4,000 Cherokees

Murphy boasts the Cherokee County Historical Museum, where visitors can view a wide collection of Native American artifacts or view exhibits on the Trail of Tears and 19th century Cherokee life. You can also stop by Fort Butler, which served as Army headquarters in 1838, housing over 3,000 Cherokee prisoners on the trail. Many of the prisoners' names have been engraved on a commemorative stone wall. Read more on the other towns that made the list too here at  foxnews

Come see us in the western Murphy, NC mountains!

Now, if I had seen this list, I would have known about Murphy, NC thanks to your wonderful blog!  I hope this designation brings business your way.  A

Congratulations on Murphy making this list, Carol.  It is a sad story though. 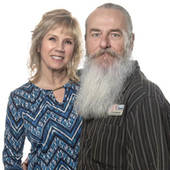