The Great State of Texas is the place to be, and Dallas is where you want to call Home.  We weathered the housing difficulties better than most, as our prices were always low to begin with...and now, we are second in new construction too!

Dallas Ranks Second in Metros With the Most New Construction

Construction slowed dramatically in recent years but has been showing signs of picking up in pockets across the country.

“There were a substantial number of projects deferred in 2008 and 2009 but those cases are much less so today, looking at 2010, 2011, and now in 2012,” says Robert Murray, vice president of economic affairs at McGraw Hill Construction, a construction data firm.

While construction has been increasing in recent months, it’s still far from its 2006 peak: New construction projects totaled $421.4 billion last year, which is 40 percent below the $689.3 billion reached in 2006.

McGraw-Hill Construction is projecting a 7 percent increase nationwide in new construction this year.

The following are the cities with the most new construction, according to the Forbes and McGraw-Hill analysis:

View a slideshow at Forbes.com of the complete list of metro areas seeing a pickup in new construction.

Source: “American Cities With the Most Construction Underway,” Forbes (March 2012)

And did you notice, Houston is at #3 - Texas is the State where you need to be! Information, written commentary, photos, original verse, etc… are the property of this author and may be reprinted or posted for Active Rain. 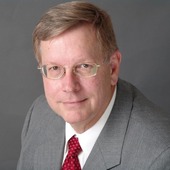