Army decides to relocate units to other posts in troop increase

Fort Hunter Liggett in southern Monterey County is out of the running as an active Army brigade base.

Fort Hunter Liggett had been considered as a possible site for such a brigade, but the Army has decided to station the new brigades at other posts, according to Army spokesman Maj. Thomas McCuin at the Pentagon.

Combat training center Fort Hunter Liggett will become the first of four combat support training centers to teach combat skills to reserve soldiers during their three-week annual active duty obligation, including weapons training, familiarization and qualification firing. Others are planned at Fort Dix, N.J.; Fort McCoy, Wis.; and a site to be named.

Last month, the Army Reserve broke ground on a new headquarters building at Fort Hunter Liggett for the 91st Operations Group, which will operate the combat support training center.

Kevin Howe can be reached at 646-4416 or khowe@montereyherald.com.

Show All Comments
Latonia Parks
Top Bragg Realty, Fayetteville NC, Home of the 82d ABN DIV - Fayetteville, NC
Certified Military Relocation Expert
As a Retiree for 2 weeks, life has not gotten better for any of our Armed Forces.  You can't squeeze blood from a turnip and our Sr. leadership is no longer willing to leave home over and over again for 15 months at a time.  Most take turns in Iraq and Afghan for the 15 month stints and are on their 4 or 5th deployment.  As you can see, I am not happy.
Like
Back to Top
Newer Post
chevron_right
Rainer
16,837 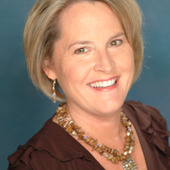