The Federal Housing Administration (FHA) announced it will raise mortgage insurance premiums (MIP) April 1, 2012 in order to repair its depleted reserves and return the FHA emergency fund back to health.

Because the Fed and Wall Street abuses over how FHA loans were made during the housing bubble, the public must pay again to bail out Wall Street. Why not tax each trade on Wall Street and fund this short fall the same way the money went out of the fund. Absolutely ridiculous that this is short fall is coming out of the pockets of the bottom tier of the economic base. Once again the rich got richer and the bottom base gets ripped off.

This change apples regardless of the term of the loan or loan-to-value ratio. The FHA said the changes will boost the Mutual Mortgage Insurance Fund by $1 billion as the MMI fund slipped below the Congressionally mandated 2% threshold during the initial housing downturn in 2008.  The reserve fund at FHA slipped to 0.2% in 2011.

President Obama's budget oversight predicted a further decline into 2013 possibly triggering a Washington debate which could take months before the divided lawmakers figure things out. This needed bailout from the Treasury Department was somewhat lessened by the recent settlement between mortgage servicers and FHA announcement in the last few weeks.

The new increase in MIP to the up-front premium will cost new borrowers roughly $5 more per month. Reverse mortgages and borrowers in special loan programs will not be affected by the changes. 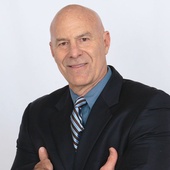