But that doesn't mean their regulator, Ed DeMarco of the Federal Housing Finance Agency, is warming up to the idea.

DeMarco is facing tremendous pressure to allow the government-controlled mortgage titans to allow principal reduction on the mortgages they back. Some advocates say the best way to stabilize the housing market is to lower the balances for borrowers who owe more than their homes are worth.

DeMarco, however, has steadfastly resisted it, saying previous studies showed principal reduction would be too costly.

The Obama administration sweetened the pot earlier this year by tripling the incentive payments for Fannie and Freddie if they forgive principal. This prompted the firms to take another look at their analysis.

Turns out the increased incentives would make it more beneficial for Fannie and Freddie to offer principal reduction to homeowners who are deeply underwater and behind in their payments.

But DeMarco isn't backing down just yet. Speaking at the Brookings Institution Tuesday, he brought up several other concerns and costs to principal reduction.

His primary worry is that providing principal forgiveness could prompt many of the 2 million borrowers who are current with their payments to fall behind. Having them default will hurt the housing market more than offering principal reduction will help it, he said.

"The far larger group of underwater borrowers who today have remained faithful to paying their mortgage obligations are the much greater contingent risk to housing markets and to taxpayers," he said, adding these homeowners can lower their monthly payments through the government's refinance program.

Also, he pointed out that no more than 600,000 borrowers would be eligible for principal reduction under Fannie and Freddie. This is the universe of folks who are delinquent in their mortgages and whose balances are more than 115% of their homes' value.

"This is not about some huge difference-making program that will rescue the housing market," the regulator said.

DeMarco touted a principal forbearance program that Fannie and Freddie already offer. It calls for the companies to defer payment of the underwater portion of the mortgage until the borrower sells the home or refinances. The homeowner pays no interest on the deferred principal.

The regulator said a final decision should be made in the next few weeks. 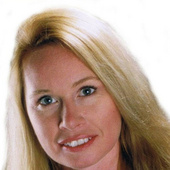