RealtyTrac Inc. reported today that the number of homes receiving first time foreclosure notices nationally rose 7% in March from February numbers. This marks the third consecutive month this year that foreclosure notices have increased nationally. It was a known fact that shadow inventory exists, and now it’s becoming evident just how many unpaid mortgages were hung up in the banking system awaiting a court settlement that came through in February. With the $25B settlement reached, it’s clear that banks have resumed their quest to address unpaid mortgages.

In an effort to sell listings that have been languishing on the market , Trailhead Lodge is holding an auction on May 6th. In cases like this, proactive action beats the alternative.

While the number of foreclosed properties in the Steamboat Springs market varies daily, the total as of this writing is 28. The current active foreclosure inventory is easily accessible at SteamboatsMyHome.com. Keep in mind, a short sale is different from a foreclosure, and each is addressed differently from the sell side as well as the buy side. 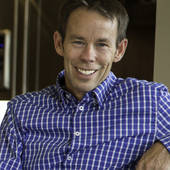