Williston Park, New York Williston Park was founded in 1926 and purchased by the  developer William Chatlos. Chatlos was seeking to create an affordable, planned community for New York City residents wishing to move to the suburbs. Later that year, residents of the village voted to break with the residents of East Williston and formally incorporate the village. Williston Park is named for Samuel Willis, a settler who came to the area in the late 17th century. If your looking for more information about Williston Park, NY just give me a call or email me.

Thanks Christine.. It's is a really nice neighborhood. 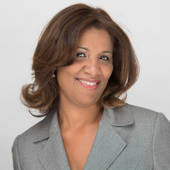 Blogging to informed buyers and sellers of what's happening in the Real Estate market. My passion to BUY and SELL Real Estate....