What goes through your mind when you come home to find your property damaged by fire or smoke from something left on the stove or a candle overturned. These events can be devastating because the world you controlled has come undone! I wanted to take you through the psychology of these type of events and how you can cope and deal with the reality of the situation. You could be out of your home for many months while reconstruction takes place.

Denial and disbelief: Life is hectic enough and the only place you can feel safe from the pressures of the outside world is your home and it is is upside down! Every thing in life is a process and now you will be faced with the overwhelming task of restoring your life and property back to the way it was so you can function normally. It can be overwhelming and is a total shock. What do you do now!

You are very lucky if there has been no one hurt! Keep your perspective on the situation. Stuff can be replaced but not people!
Call your insurance company immediately and file a claim. You buy property insurance and that insurance company indemnifies you from any catastrophic financial loss to your home or property. Your insurance company will recommend restoration companies that have been vetted and have a good reputation. The right company will respond day or night to help you get through the initial process and help set a course to restoring your property. Check those companies with the Better Business Bureau before signing a contract for restoration.
Call your mortgage company by the next day and ask for the loss/draft department. File a claim with you mortgage company. They will hold any insurance funds and release those funds in thirds, The faster you are able to get the administrative paperwork out of the way the faster your home will be restored.

Gain control of the situation.

Anger: You will experience anger and frustration over the situation. This is normal and you should expect to feel the effects of the stress and complications that will arise while waiting on your insurance adjuster to come review the loss. It will seem like the process takes too much time and energy.

Reality set in and you will start to feel the effects as time starts to wear on you. You may act out on your frustrations of your predicament. It is best that that you have a support group of family or friends that you can use as a sounding board. Please be careful not to take out harsh reactions on your family or friends.

Bargaining: If only I had been home none of this would have happened. If only I had taken some of the important papers to a lockbox at the bank. If I had only spoken to my kids about the dangers of fire.

Get grip on the situation and its reality. The situation will improve once you have found temporary living. accommodations. Most insurance companies have a provision for loss of property use and will reimburse you directly for additional living expense. An estimate and scope will be completed by your adjuster. Make sure it is in agreement with the contractor you have selected to complete repairs before moving forward.

Depression: You may experience feelings of depression. You withdraw and isolate yourself because you will feel that you have lost control of your life.

Depression may creep in because you are feeling helplessness and vulnerability. If you having trouble sleeping contact you doctor and get treatment and evaluation.

Acceptance: You will slowly begin to realize the you have lost control over your property. Make sure the restoration company you select has a schedule of event and that you have of open line of communication. Be a partner to your insurance. you will want to know as schedule of reconstruction. You will have regained control over  the situation and have accountability for as to when the work will be completed .

Again, you will need a support group of people to help advise you and help you get though the process.

MY HOPE IS that you are able to Call Paul Davis Restoration of Charlotte. We can help you get through thr process. We can salvage many clothing items and toys and stuffed animals. We also can restore hard contents including leather goods with our state of the equipment Make the and call at 704-399-2488.

Scott... this sounds like it follows very closely, if not exactly, the five steps of Elizabeth Kubler-Ross in her "On Death and Dying" book... for coping with grief and loss.

And... I would say it makes sense.  The first thing that hit my mind at the beginning of your post... when I started reading it... was that I would feel "absolutely naked" to the world.  Everything gone.  No place to hide.  No place to heal.  What a horrible thing to happen.

Thought-provoking post, Scott.   Even with fire-proof safes for documents, etc. a Fire can be totally devastating to the victim.

Scott, very valuable information. You seem to be very knowledgable about this subject.

BTW, I can say the same steps can be applicable to the sellers whose home does not sell....(could not resist to compare...lol)

Active Rain has spell check built in to the comment boxes, pretty sure it is there for writing blogs too. :)

Scott:  Really... I see you put in quite a bit of time on this.  And... you are a Newbie... almost.  So please... allow me to give you a Welcome to Active Rain.  This can be a great place to learn, to share, and to build relationships.  And... if you can get to where you are blogging with consistency, your business will gradually increase.

Just go up to the top of this page, and click on "Groups."  Pick the ones that make sense to you.  I would probably go to Debe Maxwell's blog *** Debe Maxwell - Charlotte Real Estate Agent - Charlotte, NC and see which Groups she belongs to.  Then, you can pick some of them... just to start with.  To find some of the Groups she uses... click on any of her posts... and just below the bottom edge of the post should be the five groups she picked for that post.  Just tryinng to be helpful, here... hope you don't mind.

And again... Welcome to Active Rain.

To Rob in #4:  Hey.  Scott obviously put in a lot of time on his blog post.  And all you can do is make some smarty-pants remark about his spelling ?  I checked your profile page, and you are supposed to be an Ambassador.  Well... so much for the good will that is supposed to bring.  Take a chill pill.

Life is too short to get bent out of shape.

Anger: You will experience anger and frustration over the situation

Erv:  There's no anger going on here.  Nothing is bent out of shape.  Just disappointment that a fellow Active Rainer cannot appreciate all the work that goes into a post... and chooses to pick it apart because of the "small stuff."  You have a lovely day.

My apologies! I thought I had left this in draft mode and had not posted. There were terrible mispellings in it and I would never of posted it in that fashion had I know. I think I corrected most of them. I won't have time till I arrive home to go back through the post and edit it thouroughly.

I will write it word from here forward. No more late night postings. I wanted to go through the five stages of grief that relates to property damage. Karen, thanks for taking the spirit of my intent. This is truly what people feel in these situation as they would the sudden death of a loved on. I used the same five stages of grief to represent  a property loss and applied to what I have witnessed in my profession. I had different terms I would have used but wanted to get my thoughts down before I forgot them.

No more late night blogging. Did not mean to hit share.

Scott:  I really like your attitude, and your comment #9 is much better written than most folks posts are.  Keep up the good work !

I have just subscribed to your blog.  I invite you to do the same with mine.  :)

Thanks Karen! I have subscribed to your blog. I obviously just joined and am a newby as pointed out by the comments above. I dove into the world of social media and realize that it is incredibly important that I am able to interact with people in business. We started our business 5 years ago this coming June. I watched in horror as the economy spiraled out of control. We made it over the speed bumps and that turned into solid walls for a time. We thrived when many suffered.

The last six months have been the the most difficult since we opened our doors. We just want to get past this coming November and the uncertainty that comes along with an election year. I have spent the last 90 days joining blogs and forums in an attempt to better brand our business and make important connections. I also know that you don't get around this life without knowing other good people both professionally and personally.

Many thanks for your support and positive comments.

Scott:  This is a continuation of my "Groups" suggestion in comment #5.

I would think that posts like THIS one... or all of your posts, for that matter, should be "included" in some of the Active Rain groups... so that more folks would see it.  The maximum that Active Rain allows is five groups, and every time I write a post... I always "include" it in the max of five AR groups.  The more eyes that see it, more folks read it, you get more comments, and you build relationships with others much faster.  Just a thought.

For a better idea of what I mean by "including" your post in Active Rain "Groups"... go to my blog, look at any of the blog posts, open it up as if to make a comment, and then look at just below the lower edge of the post... right before the comments start.

Post is included in group: Bartender, Make it a Double

Post is included in group: Be The Best In Your Field

These five groups would be a great start for you.  Click on each one, and then click on "join group."  That's it.

I use them often, although I belong to many, many groups.  When I say I "belong" to them... all that means is that you can "include" your posts in them.  Nothing else to do, no rules other than not posting listing flyers in them, or anything else.

What this does is multiply the number of eyes that can see each of your posts... by 500%.  Start here, and if you wish, I will be glad to help you further. 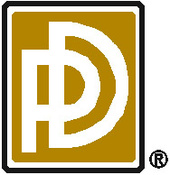