Now, the other great news for the sellers is that in March of 2012 the closed sales were up 39.5% from the previous year.  Pending sales went up 93.3% rising from 45 pending sales March 2011to 87 in 2012. Three more contracts and we would have doubled the pending sales. Now that is amazing!

By now you must be asking yourself how this applies to your home.  If so Contact me for a free Market Analysis of your home today. 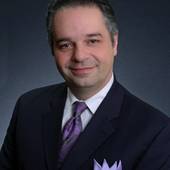