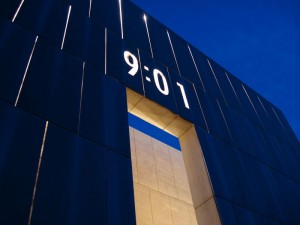 April 19th, 1995. It's one of those days that sticks in your soul forever; especially for those of us who have called Oklahoma City home for at least a couple of decades. We all remember vividly where we were and what we were doing when it happened. Most of us felt the concussion, no matter where we were in the metro.

I was in the Village (9 miles away), doing some paint & preparation work on the first house I ever bought, getting it ready to move myself and my kids in. It also happened to be my daughter's first birthday. I hadn't moved anything in yet, so there was no TV or radio. I had just finished rolling a coat of paint in the kitchen and was leaning against the countertop, drinking a glass of water, and admiring my masterfully-painted (yeah right) walls when, all of a sudden, they shook and vibrated as I watched them move in & out what seemed like a few inches.

My first thought was "Great, I bought a house that has a major problem. What the heck would cause the walls to move?" My next thought was that an airplane had crashed nearby, so I went out front and looked around for smoke. There was none from my vantage point. The little old lady who lived next door had come out to look around also and told me what they were saying on TV. An explosion downtown? Surely not terrorism in Oklahoma!

To say it was an awful day, and awful weeks to come would be the biggest understatement of the century, but what we all saw as a result was a city that came together and decided we weren't going to let this horrific incident scare us into submission. We wouldn't let it get us down, but we would instead turn it into a catapult for the positive.

Since that terrible day in our state's history, this great city that I love so much has not only recovered, but has grown. That one event put us "on the map" in the mind of the rest of the country, and we've taken that momentum to do great things. That's undeniable.

Every year, I'm reminded of the OKC bombing, not because of the news coverage, but because it's my amazing daughter's birthday. Today, we're celebrating her move into adulthood with her 18th, which reminds me that it's been 17 years since our city first wept.

Where were you on April 19th, 1995? Share your story in the comments below.

**Originally posted on ShowMeOKC.com, where you’ll find out more about Oklahoma City, Edmond, Moore, and beyond. 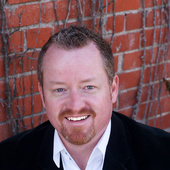 The ShowMeOKC Team is passionate about helping you discover your surroundings from Yukon to Choctaw, Edmond to Moore, and everywhere in between. Serving your Real Estate needs is our business, and encouraging you to maximize life in the metro is our passion.