An article today on MSN.com shed more light on what was supposed to have been fixed already but it’s obvious based on the article that the ROBO Signing mess and the subsequent multibillion dollar settlement with the all of the countries Attorney Generals has done little to change at least one of the big banks.

Based on sources within the Charlotte, North Carolina foreclosure offices of Wells Fargo, the lender continues to tell workers to crank out the affidavits in order to move foreclosures. They are “pressured to meet daily production quotas, they are likely making mistakes that inadvertently could toss a family out of its home and onto the street,” according to these workers that were quoted in the story.

Pretty scary stuff… at least here in Florida we are still a judicial state where homeowners still have some rights and protections. But, the fact that this is still ongoing, just shows the shear contempt that big banks have for not only the American public but for the entire judicial system.

I believe that they factor these questions of judgment into the cost of doing business and justify it that way when all they have to do is just pay some fines and move on.

The article states that one worker “who first contacted msnbc.com via email in late January, told of a wide range of concerns about the foreclosure documents she processes. Some families apparently were denied loan modifications after only cursory interviews, she said. Other borrowers applying for help sent comprehensive personal financial documents to a fax machine that she discovered had been unattended for weeks. Others landed in foreclosure after owing interest payments of as little as $1.18 a day, according to documents she said she reviewed.”

“The legal process specialist asked not to be identified because she was not authorized to speak about the internal workings of the department, where she has worked since last year. Her account was supported by company documents and by a co-worker in the same office.”

It is apparent that if this is true that they are just thumbing their noses at the entire legal system. Can anyone say jail time? Perhaps that would change the way they do business.

In the MSNBC.com article Michael DeVito, executive vice president of Wells Fargo’s Home Mortgage Default Servicing, says the bank's processes are built to catch errors: “It’s got redundant checks in it to ensure that the documents going out the door are accurate. And the process is built to help the team member build the personal knowledge they need to sign effectively."

“No one here is asked to sign anything they don’t understand. Period. End of Story," DeVito said. "There’s no production quota and if a team member says, ‘I don’t understand this I’m not going to sign it,’ that’s fine.”

Funny that he says that because the article goes on to explain that “one manager, in a daily "3 p.m. pulse check," e-mail reminded her team recently that "we need 11 new signed notarized files per reviewer per day," reminding the staff that "I asked that you take a few files at a time to be signed [and] notarized; it does not appear we are following this process."

“On other occasions, the reminders can be more pointed. When a backlog of 59 files needed to be completed by 11 a.m. the next day, another manager e-mailed his team: "No one should be doing anything other than [these] files. No socializing, no going for breakfast, no doing [other] files ... until we are done with [these files]. It is that important. Help me out with this. If you finish all [the] files in your pipeline, you are expected to ask me for more.”

“Last December, with just a few working days left in 2011 and the pressure on to churn out the paperwork required to seize a batch of homes in Kentucky and Connecticut, one of the managers sent an e-mail urging his team to "finish this year strong."

"You must sign at least 10 NEW files every day,” the e-mail said. “Less than 10 is unacceptable.”

How then can Mr. DeVito say that no one is asked to sign anything they don’t understand?

Can anyone tell me how any person, especially a person with very limited experience in the legal and mortgage process, can review and attest to personally knowing and reviewing pages of documents and payments when you have to average about 1.5 files per hour?

In fact, they don’t do any research, it explains. These workers just take the info they are given from LPS and copy and paste it to the affidavits.

This is just plain wrong and the only real way to stop it is to make the very top people at the food chain pay for it in actual jail time.

All of us know that if we did anything that was like that, or committed the type of fraud as during the ROBO Signing fiasco even on a much smaller scale, we would be in jail.

So what do you say Mr. John G. Stumpf  (Chairman, President and CEO of Wells Fargo & Company), how do you think you would look in one of those orange jumpsuits? 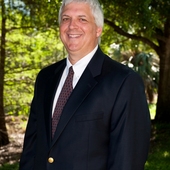