Clark's Bridge was originally built in Barre, Vermont as a part of the Barre Railroad, a short line railroad which ran between Montpelier and Barre, Vermont. The bridge was built to span the Winooski River. In 1960 both the railroad line and the covered bridge were abandoned. Ed Clark and his brother Murray dismantled the bridge in East Montpelier and brought it piece by piece to its present site. It was positioned in 1965 and is still used as a part of Clark's Short Steam Railroad. It appears to be the only Howe railroad bridge left in the world. Clark's Bridge is eligible for listing on the National Register of Historic Places.

Lovely photos and history on this bridge , thanks for sharing.  Have a wonderful weekend!

You know how I love old bridges and this one is awesome!  I can see Debbie and me walking down it now.  Taking our time checking out all the history it has to hold.  Thanks for sharing and have a great weekend my friend!

Good Morning Keith,  I guess I have never seen a covered bridge for trains in growing up in Pa.  Thanks for sharing.

Nice photos. I enjoy taking pictures also, and I tend towards woods and mountains, but there are some covered bridges in this area and I have always wanted to take time to capture them. Thanks again for sharing. :-)

Again, those old bridges are so cool. Thanks for taking the time to photograph them.

BTW, you didn't see any damsels tied to the tracks did you?

Driving from Cooper's town to Woodstock is an amazing experience.

Thanks, Keith, for sharing your photographs. Keith, what a lot of work it must have taken it move and rebuild this bridge!  Wow.

I love, Love, LOVE covered bridges. I have not seen any in Texas. I'll have to google that and see if there are any. I am happy to hear that they preserved this one!

It's hard to believe that it's easier to dismantle and move a bridge like this rather than building a new one.

Keith -There is the worlds longests covered bridge in New Bruswick , Canada.  I was there when I was a kid.
kind of reminds me of "Bridges of Madison County" - The only Meryl Streep movie I actually liked lol

I hope all is well. I have not seen anything by you in a while.

I hope you are so busy selling homes and not anything wrong.

Have a hopefully great day and evening.

Thanks for the connection! Please join our group on LinkedIn, ‘REO Institute’. We share information on market conditions, posts, ideas, and comments. Please share your opinions and comments on the Real Estate industry. Thanks, James A. Browning MRE

These are great Keith! Sorry I have been out of the loop for so long. You have some of the best content and interesting stuff on AR man.

Looking for your current blogs. I hope all is going well for you. 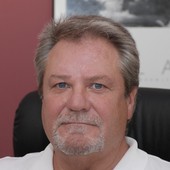