To every new buyer that have decided to work the market place without a Buyers Agent, this blog written by Gail is first hand experience from buyers who been there and done that and the end result.

About six months ago I received a phone call from a couple who were relocating from California to Connecticut and wanted to buy a home in my market area. They said they never sign up with buyer agents and only work with the listing agent so that they can get a better deal. I explained to them that it doesn't work that way here, but they insisted that this was how they planned to get a bargain. Being the curious person that I am, I stayed in touch with them and followed their progress. To their credit they've been remarkably open with me and shared their experiences, which have bruised their wallets and their egos.

They decided to make an offer on the first home, a Cape on a lovely street in my market area (not my listing) and paid about $1,000 for an inspection, only to find out that the home had structural damage from termites. I probably couldn't have determined the structural damage from the termites, but I think I could have negotiated on the inspection items better than they did by bringing in experts to price out the repairs and provide the sellers with written estimates.

Next they spent another $1,000 on a home that I already have two inspection reports in my files on. I know that house inside and out. I could have told them that the problem is not with the condition of the home, but with the lender appraisal due to a current lack of sales in that particular price range and saved them the cost of doing the inspection.

Now they are looking at renting, having decided that buying a home just isn't in the cards for them. Ironically, I just put a home on the market for sale that meets their needs perfectly and told them about it, but they don't want to go through the process one more time!

These buyers only outsmarted themselves. I hope when they consider buying again, they use the services of a good buyer agent. It will likely save them more than any of the commission money that they think the listing agent will give up.

Time after time after time we see the same thing. I headed one off at the pass and saved them 10,000 by working with me as their buyers agent. I have just lost one who is going to work with the listing agent and they are going to be taken for a ride. Oh well

AMR - You are so right, some people learn things through hard lessons. But like you said Oh Well!!

One would think that if a home had prior inspections and that if structural problems or termites were found that would have to be disclosed. I do run into some people who insist on only dealing directly with listing agents ...often times these listing agents have developed a relationship with the sellers and work real hard to get them the  best price. 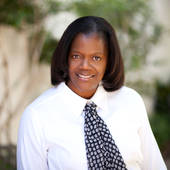